Fans of rock and blues be prepared, the Red Rocks Amphitheatre is set to host the  Tedeschi Trucks Band on their Wheels of Soul summer tour, with support from The Wood Brothers and Hot Tuna on Sunday 30th July!! Do not miss your chance to attend this incredible evening of live music at the most beautiful venue in the United States!! 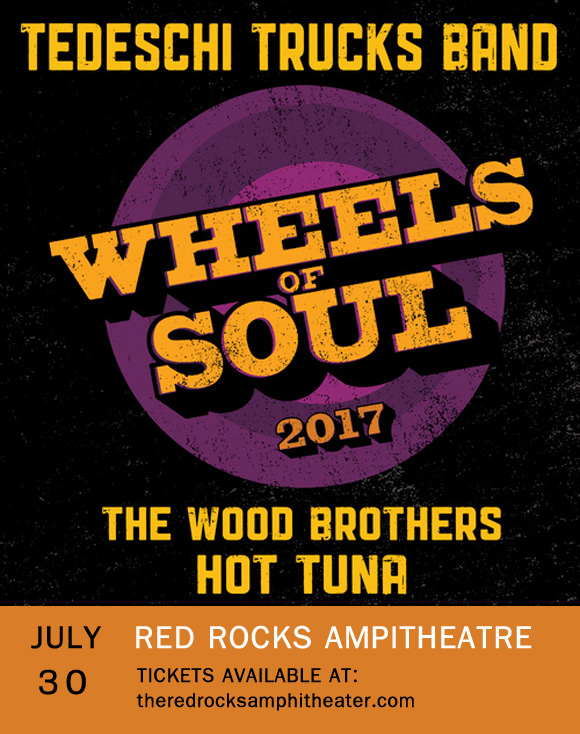 Taking its name from the forming members Susan Tedeschi and Derek Trucks, the Tedeschi Trucks band won the Grammy Award for Best Blues Album for their debut album, “Revelator” in 2012, two years after their formation. In 2013, they were nominated for the Blues Music Awards, and released their third album; “Made Up Mind.” Their most recent release in 2015 “Let Me Get By” debuted at number 15 on the Billboard Top 200 albums sales chart. Their live performance is massive, with no less than 12 musicians including two drummers, two singers, a horn section of 3, bass and a keyboard player with multi-instrumental capabilities. They never take much time off the road, constantly touring to please their eagerly waiting fans. “A deeply skilled groove machine,” is the description given by the Los Angeles Times. Powered by Susan Tedeschi, with a powerhouse of a voice capable of everything from gentle crooning to full-on R&B oomph, and Derek Trucks, ranking at number 16 in the Rolling Stone list of Top 100 guitarists of All Time, the show promises to be a full, soulful event of blues and rock-and-roll! Don't miss out – buy your tickets now!! 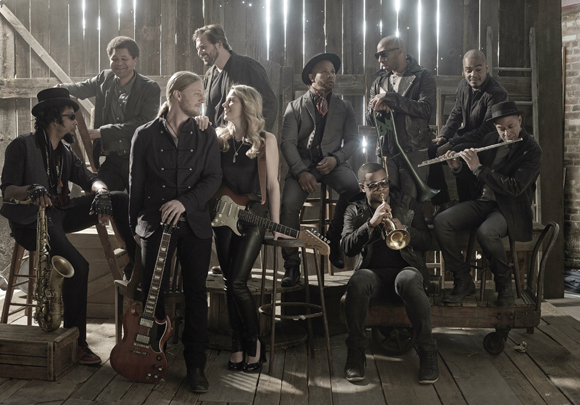