The wheels on the soul train are tuning… The Tedeschi Trucks Band, Wheels Of Soul Tour 2022 comes to Red Rocks Amphitheater on Saturday, July 30th, 2022. Featuring a brand-new triple-bill with the legendary Los Lobos and Tedeschi Trucks very own Gabe Dixon. The Wheels of Soul tour has become a sought-after summer experience from promoters across the country, bringing TTB’s unique stew of upbeat rock and soul together on stage with a slew of guests, sit-ins, and supporting bands, the show at Red Rocks always promises to be the best of them too. Grab your tickets here for an unforgettable night. 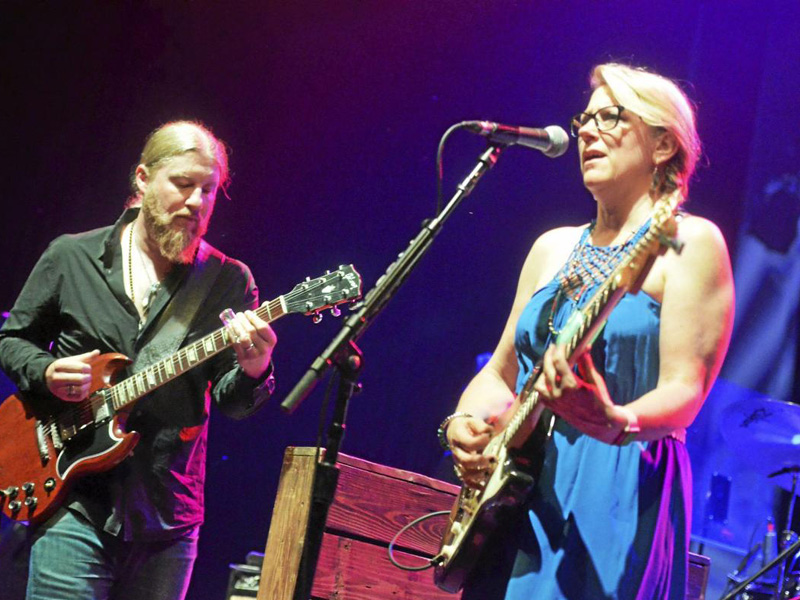 The Blues-rock group, based in Jacksonville, Florida, formed in 2010, and is led by married couple Susan Tedeschi and Derek Trucks. The rest of the band are Tyler Greenwell on Drums, Mike Mattison the singer, Mark Rivers the other singer, Alecia Chakour the other, other singer, Kebbi Williams on the smooth Saxophone, Elizabeth Lea tooting the Trombone, Ephraim Owens tooting the Trumpet, Brandon Boone with the deep Bass Guitar and Gabe Dixon on Keyboards and Vocals. Their debut album, Revelator, won the 2012 Grammy Award for Best Blues Album. Now 12-members strong, and with a catalog of five albums and nearly a decade of steady touring in the U.S. and abroad, Tedeschi Trucks Band carries a distinguished reputation earned from both audiences and critics as one of the premier live bands in the world.
On the road for upwards of 200 days a year, the TTB family has grown strong, bonding over backyard BBQs and long bus rides, all the while developing a growing repertoire of original material and paying homage to an extensive canon of influences ranging from Sly & the Family Stone, Miles Davis and George Jones to Joe Cocker, Nina Simone, and even Indian sarod master Ali Akbar Khan. Embracing improvisation over convention, and set lists rarely repeated, the collective is adept at exploring almost any musical territory.