Tedeschi Trucks Band Wheels Of Soul Tour 2022 comes to Red Rocks Amphitheater on Friday, July 29th, 2022 due to the cancelation of the 2021 show, this will now be a triple-bill featuring the legendary Los Lobos and Tedeschi Trucks very own Gabe Dixon. This is not the fireside tour, this is the full deal, all 12 members playing their classic blend of home grown Blues-rock, so grab yourself some tickets and get to the legendary Red Rocks foe an amazing night that will stay with you forever. 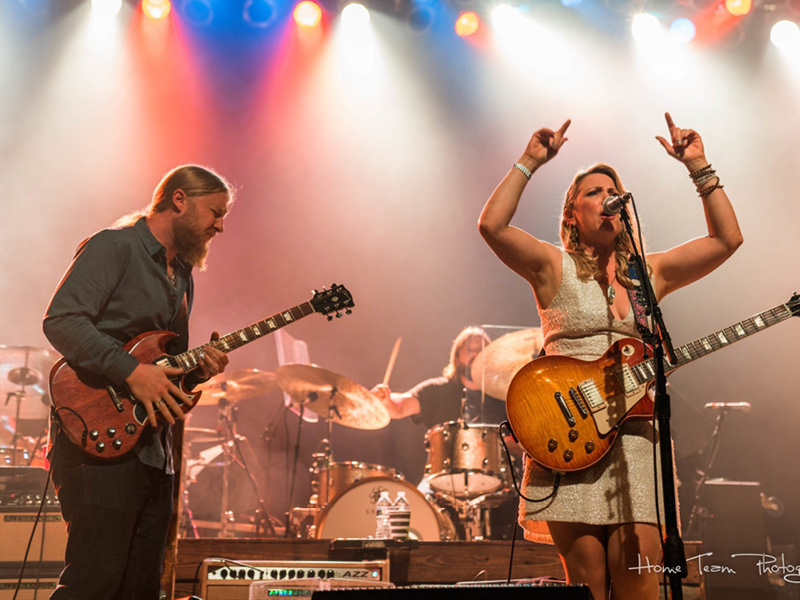 The Tedeschi Trucks Band is a Blues-rock group based out of Jacksonville, Florida. They formed in 2010, and the band is led by married couple Susan Tedeschi and Derek Trucks. The rest of the band are Tyler Greenwell on Drums, Mike Mattison the singer, Mark Rivers the other singer, Alecia Chakour the other, other singer, Kebbi Williams on the smooth Saxophone, Elizabeth Lea tooting the Trombone, Ephraim Owens tooting the Trumpet, Brandon Boone with the deep Bass Guitar and Gabe Dixon on Keyboards and Vocals. Their debut album, Revelator, won the 2012 Grammy Award for Best Blues Album.
Now 12-members strong, and with a catalog of five albums and nearly a decade of steady touring in the U.S. and abroad, Tedeschi Trucks Band carries a distinguished reputation earned from both audiences and critics as one of the premier live bands in the world. Sold-out multi-night runs at venerable venues like the Beacon Theatre, Ryman Auditorium and Red Rocks Amphitheater are a testament to the can’t-miss concert experience fans have come to anticipate. The band’s own “Wheels of Soul” tour has become a sought-after summer experience from promoters across the country, bringing TTB’s unique stew of upbeat rock and soul together on stage with a slew of guests, sit ins, and supporting bands that have included the late Sharon Jones, Los Lobos and most recently The Wood Brothers and Hot Tuna.