Catchy Indie rockers – The 1975 are coming to Red Rocks Amphitheater on Monday 2nd May 2016!
The 1975 have recently announced their American tour in support of their upcoming studio album, "I Like It When You Sleep, For You Are So Beautiful Yet So Unaware Of It!" North American fans can finally get their fix from the exciting British band, who just keep getting better and better! Catch the genre-bending group next Spring, tickets available right now! 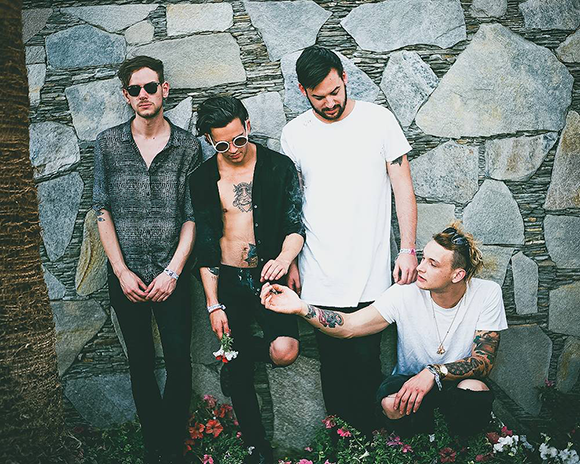 "They take moments to actually acknowledge the fact that we’re here and to connect with their people."

"Nothing will prepare you for the new show, it is unbelievable."

"From the speaker-hopping funky jangle to the unexpected but brilliant rocking guitar solo, 'Love Me' fizzes with overweening confidence, fitting for a song Healy says is about narcissism ('got a beautiful face but nothing to say'), and is a monster hit whatever their inspirations." NME

"The dark and youthful themes of sex, love, and fear with ethereal alt-rock music."