Once again, Red Rocks Amphitheater brings you the very best in music, and this time The Avett Brothers comes to wow the audience on Friday 7th July 2017! This talented act celebrate a beautiful of Country, Bluegrass, Folk and a hint of Rock, to bring fans a show of foot stomping, swaying, jumping and singing along fun. This is a night that will undoubtedly leave you wanting more – so come see The Avett Brothers! Book your tickets online today! 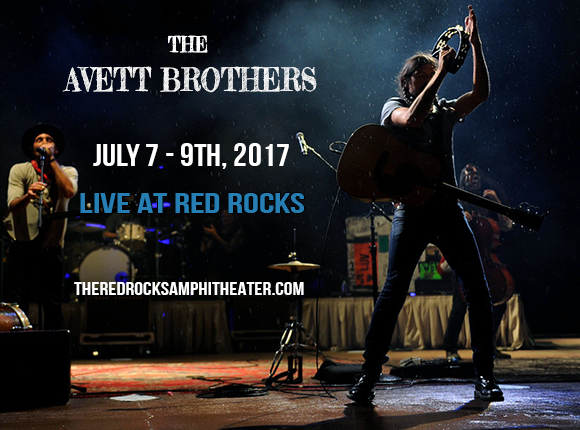 The North Carolina Folk Rockers – The Avett Brothers are one of the most popular live acts to go and see, as they showcase a blend of roots music in a simple yet powerful way. Made up of two brothers, Scott Avett (banjo) and Seth Avett (guitar), this band also features as well as Bob Crawford (double bass) and Joe Kwon (cello). Mike Marsh (drums), Tania Elizabeth (violin) and Paul Defiglia (keyboard) are known to also hit the road with them on tour.