Don't miss your chance to see one of Colorado's and Red Rock's all time favorites – The Avett Brothers on Friday 5th July 2019! As the bunch of high class musicians take to the stage once again for a 3 nights of unstoppable showcase! The Avett Brothers will have you dancing and stomping all night as they perform your favorite songs right before your eyes! There are still tickets left, but don't delay – as previous tours have shown – they WILL sell out! 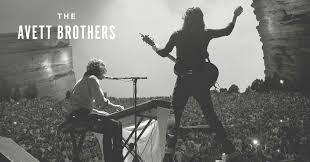 The North Carolina Folk Rockers – The Avett Brothers are one of the most popular live acts to go and see, as they showcase a blend of roots music in a simple yet powerful way. Made up of two brothers, Scott Avett (banjo) and Seth Avett (guitar), this band also features as well as Bob Crawford (double bass) and Joe Kwon (cello). Mike Marsh (drums), Tania Elizabeth (violin) and Paul Defiglia (keyboard) are known to also hit the road with them on tour.

"The Avetts engender a warm, communal feeling, as if they’re playing with you, not at you, and their diverse, adoring crowd returns the love through every shouted lyric and hand clap.

“This has been one of the kindest cities to visit,” Scott Avett said early in the show. That kindness was demonstrated to these longtime Atlanta Braves fans before the encore, when the crowd broke into the team’s “Tomahawk Chop” chant to lure them back to the stage."