It's an Americana extravaganza as Red Rocks favorites The Devil Makes Three return to Red Rocks Amphitheater on Friday 25th May 2018 for a night of stompin' good music! The trio will be joined by fraternal folksters The Wood Brothers and five-piece indie rockers Murder By Death! Liven up your Memorial Day weekend – tickets available now! 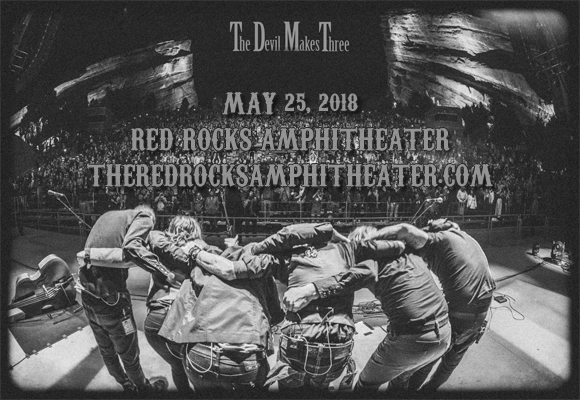 Americana band The Devil Makes Three was formed in 2002 and consists of  guitarist Pete Bernhard, upright bassist Lucia Turino, and guitarist and tenor banjo player Cooper McBean. The band's self-titled, independent debut album was released the year of their formation and since then they have gone on to release four studio albums and two live records. The band has a strong presence on the festival circuit and they have toured with artists as diverse as Willie Nelson, Emmylou Harris and Rodney Crowell, Trampled By Turtles and the Old Crow Medicine Show.