Trance fans, get ready for a treat. The Disco Biscuits and Shpongle (with an extra guest still to be announced!!) are coming to our incredible Red Rocks Ampitheatre for June 3rd! Get ready to sing, dance, and drink your cares away at this sellout event – grab your tickets NOW! 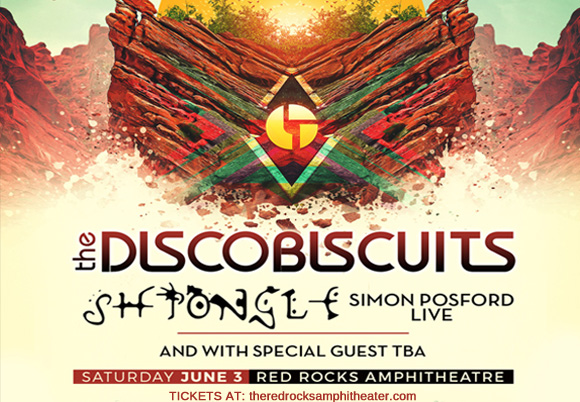 Looping, seemingly never-ending improvs over grooves and riffs defines the Disco Biscuit's live performance. They belong to a genre that has been dubbed “trance fusion,” a melding together of trance with more instrument-led genres of guitar rock and synth-based electronica. On describing finding the the band's name after a friend suggested they go “find some disco biscuits”, band leader and bassist Marc Brownstein stated; ‘At the time I didn’t know what Disco Biscuits even meant — the dude was looking for Quaaludes. That shows how old we are because nowadays Disco Biscuits is slang for ecstasy.” The drug references certainly don't hurt in describing the band's overall sound, which is spaced-out and trippy as they come.

Shpongle is one of multiple projects of Simon Posford, better known by stage name Hallucinogen, in collaboration with Raja Ram. The duo are considered to have been influential in the creation of the psybient genre, in which world music is mixed together with ambient and psychadelic trance. Hallu has been hugely influential on the trance scene overall, with his first album Twisted being considered a hallmark of the genre. Shpongle's music draws heavily on psychadelia, creating dreamy, thick soundscapes and inviting the audience to experience sound through expanded consciousness.

Leave the world you know behind – this show is going to be like a dream, but better, because you will be awake and fully experiencing every moment of it. 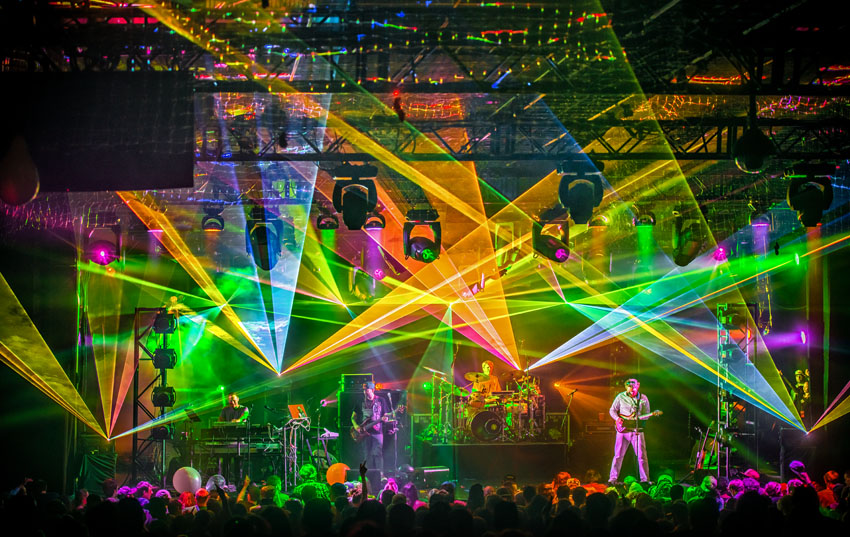