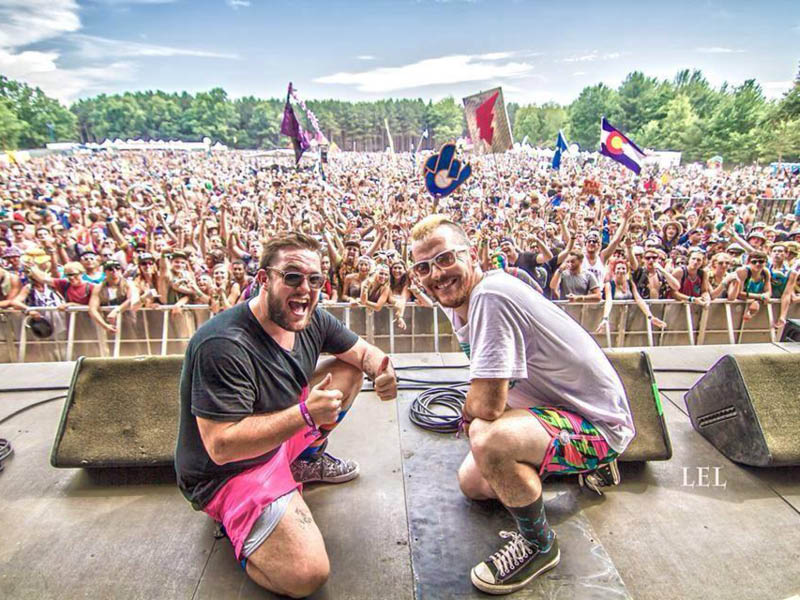 The Floozies at Red Rocks Amphitheater on Wednesday, May 26th 2021.

Etymology
Corruption of flossy in the sense of showy.

"The undisputed kings of electro funk!" -Adam Deitch.
The Floozies are producer and guitarist Matt Hill and drummer Mark Hill. These two brothers are bringing a brand-new fresh approach to electronic music, electro-funk music and live performance to venues and festivals all over the country. The duo's combination of cutting-edge electronic production and party rocking funk energizes crowds and turns venues into epic dance parties. The Floozies brand-new studio album, Dayglow Funk, is out now, well April 2020, but like 2020 never happened so, the albums out now, go get it! It has 11 scrumptious quarantunes to listen to while you sit at home and play animal crossing, or rocket league, or some other super awesome game I don’t even know about. This will be their eleventh studio album. All the Floozies' music can be downloaded for free from www.flooziesduo.com cause they just nice like that 🙂