The group behind the groundbreaking romantic power ballad 'Iris,' – The Goo Goo Dolls are returning to Red Rocks to bring their brand new album "Boxes" on an extensive North American tour! With an incredible career of an Award winning collection of music and recognition for their classic yet modern songwriting style, The Goo Goo Dolls have maintained a long standing career. Fans get yourself ready to see them perform new and old material LIVE on this very special night! 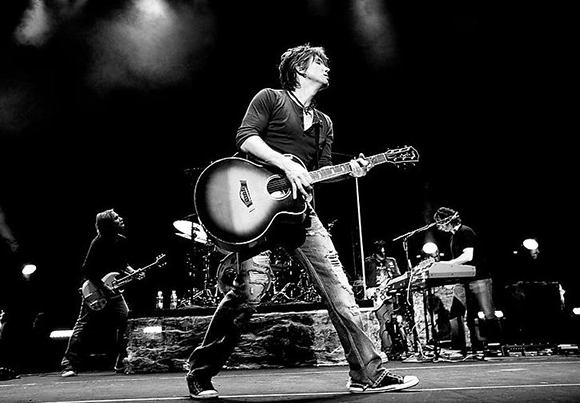 "I think the really cool thing about this tour is that there are definitely Goo Goo Dolls fans there, but there are also people there who listen to the radio. Here you have three bands that have a lot of success over the decades by having songs on the radio fairly consistently, so it makes for a really good crowd."

The Goo Goo Dolls redefined their music and hit the mainstream with their classic rock sound and quickly became one of the most popular bands of the 1990s, selling millions of records to audiences all around the world! Their talented songwriting abilities have always been clear with an endless list of huge hits such as the acoustic ballads "Name" and "Iris," followed by a string of Top Ten singles!