The Infamous Stringdusters & The California Honeydrops come to Red Rocks Amphitheater on Thursday 26th May 2022 for their co-headling event. The California Honeydrops have been to the Red Rocks twice since their debut in 2017, and they opened for Greensky Bluegrass in 2018. The Infamous Stringdusters will make their fifth appearance at the infamous venue, with their last visit in the Spring tour of 2019. If you’re a fan of one of these bands, you cannot miss out on this special event. Get your tickets right now before they are sold out. Hurry up, as the Red Rocks is always a sell-out venue! 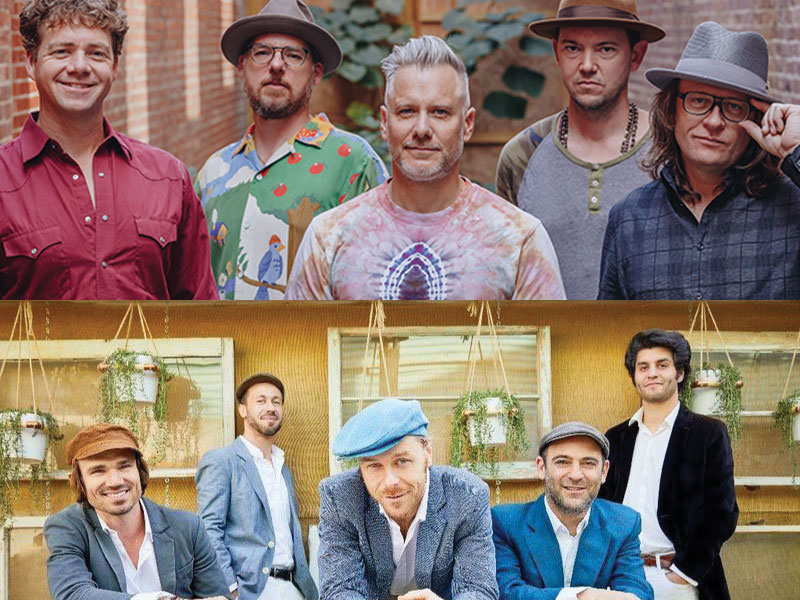 The Infamous Stringdusters arrived at the music scene in 2006 with their first five-song extended play CD. In 2007, they released their debut album, Fork in the Road, which became a commercial hit. Their latest LP, toward the Fray, is their eleventh studio album and will come out on 18th February 2022. The Bluegrass outfit brings a unique brand of music with a distinct bluegrass theme with a bit of folk, country, and jam-band. They are currently one of the most sought-after music groups in the country and regularly sell out venues.
The California Honeydrops started in 2007 as a blues & R&B band. Initially, they found themselves playing in subways of Oakland but their talent promised them much more than just that. Their vocal harmonies, New Orleans style, and instrumentation quickly gained widespread recognition, and soon they were playing across stages in the U.S. This will be an incredible event featuring two of the best music acts in the country. Moreover, the supporting act will be performed by highly talented Karina Rykman. If you want to witness a great musical performance all-round, you’re your tickets right now before they are gone!