Save the date and Remember This: The Jonas Brothers performs live at the Red Rocks Amphitheater on Sunday 5th September 2021. These brothers practically grew up right before our very eyes, with their music evolving and scaling greater heights. The Jonas Brothers are quintessential live acts who perform with blazing energy as they deliver their power-pop hits like "Sucker", "That's Just the Way We Roll," "Hold On," "Play My Music," "Tonight," "Burnin' Up" "Cool," and many more. This show is a certified hot ticket. Quickly click on that 'Get Tickets' sign on this site to score tickets for you, your brothers and sisters, and the whole family. Bond over the music of this loveable band of brothers! 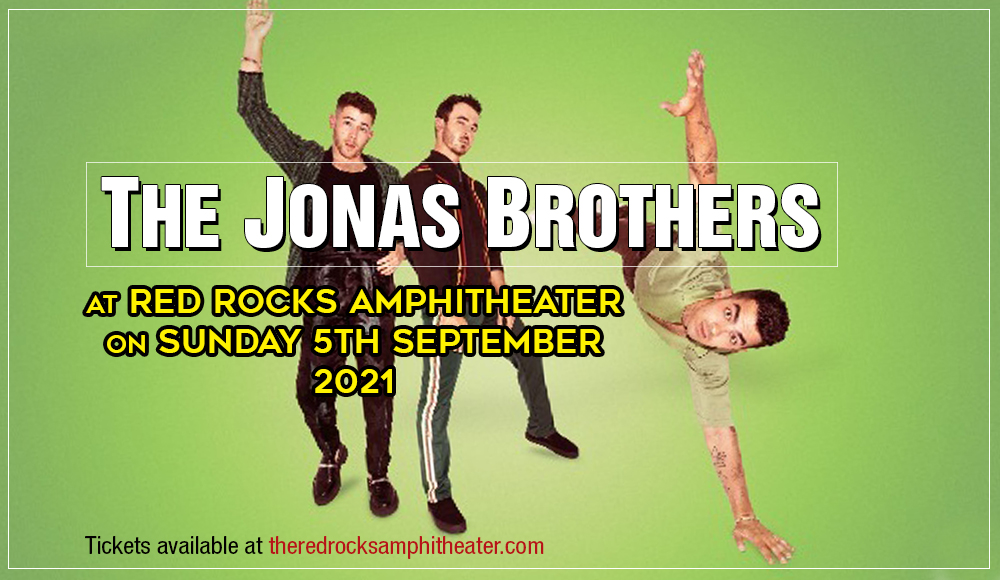 Kevin Jonas, Joe Jonas, and Nick Jonas were the teenage dream boys on the Disney Channel television network who starred in the Disney Channel Original Movie Camp Rock and its sequel, Camp Rock 2: The Final Jam, and in their own Disney Channel series Jonas. Music was always a part of their acting stints, hence it was inevitable for them to release singles and albums that were sure-fire hits during its time. The Jonas Brothers also received citations from prestigious music awards, including a nomination for the Best New Artist award at the 51st Grammy Awards, and taking home the Breakthrough Artist award at the American Music Awards. As of 2013, prior to their break-up to pursue solo careers, The Jonas Brothers have sold over 17 million albums worldwide.

After a six-year hiatus, the group reunited with the release of the single "Sucker" in 2019. This single was a clear indication that The Jonas Brothers are back in business — formidable, proficient, and solid as musicians, artists, and performers. "Sucker" is certified as the 34th song in history to debut at number one on the Billboard Hot 100, and became the Jonas Brothers' first number one single on the chart.

The Jonas Brothers are best experienced live with their electrifying showmanship and their sincerity in interacting with their fans.

“We couldn’t be more excited to officially announce we are going on tour this summer and bringing our friend Kelsea Ballerini!” the Jonas Brothers said in a statement. “If this past year has taught us anything it’s that we need to remember the important moments in our lives. We hope these shows will be special moments for our fans, our friends, and our families and we can’t wait to see all their faces soon!”

Remember This — The Jonas Brothers are expecting you, your besties, and your family to be there! Get your tickets now!