Two nights of back-to-back reggae concert events will welcome you this April as the Marley Brothers set the Red Rocks Amphitheatre stage ablaze with their unparalleled reggae sound. Join Ziggy, Stephen, Damian, and Ky-Mani, Julian Marley this April 19 and 20 at the famous Colorado venue for a two-night celebration of music filled with reggae hits from the brothers' years of successful careers. Together with Sean Paul, Protoje, Steel Pulse, Lee Scratch Perry Tribute (ft. Mykal Rose), and the Subatomic Soundsystem, the Marley Brothers will offer one of this year's best concert experiences for all Reggae lovers out there. This is a star-studded lineup you can't afford to miss. Groove to the beat and celebrate good music and good vibes. Get your tickets as early as today by hitting the "Get Tickets" link. 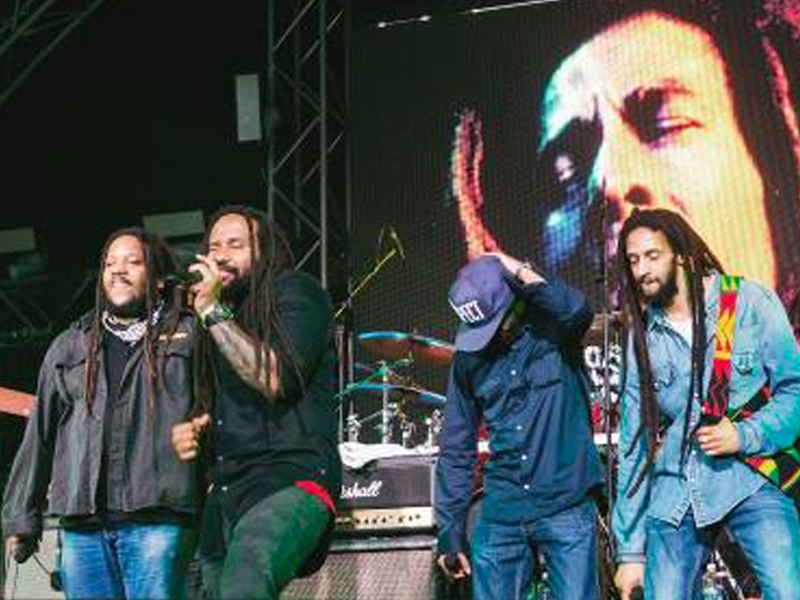 The Marley Brothers are a reggae group from Jamaica that consists of four brothers: Ziggy, Stephen, Damian, and Julian Marley. They continue the legacy of their father, Bob Marley, and have become one of the most influential reggae groups today.

The Marley Brothers are best known for their unique blend of reggae, ska, and rocksteady music. Their sound is characterized by a heavy emphasis on bass and drums, as well as a strong focus on social and political issues. The group has released several albums, including their single, "Kinky Reggae," which was released in 1999. The Marley Brothers and their father have had a huge influence on the reggae genre, and they continue to cover their father's songs. They have also been credited with helping to popularize reggae music in the United States and around the world.

This April, the five brothers will bring back the reggae spirit as they will have a 2-day concert at The Red Rocks Amphitheater in Morrison, Colorado. On April 19, breezy music will prevail as Jamaican rapper Sean Paul and contemporary reggae singer Protoje supports the first day of the reggae concert. Sean Paul is regarded as one of the dance music genre's best artists, with chart-topping songs such as "Get Busy" and "Temperature." On the other hand, Protoje is best known for his Grammy-nominated album "Third Time's The Charm." Do not miss these two days of upbeat percussion, hypnotic bass lines, and steady rhythms. Now is the time to buy tickets!