This spring, the sons of reggae music legend Bob Marley are taking over the Red Rocks Amphitheatre to celebrate their father’s music and perform several other hits by Bob Marley’s Grammy Award-winning son Ziggy Marley. The show features Ziggy, Stephen Marley, Damian “Jr. Gong” Marley, and Ky-Mani Marley. Besides the Marley Brothers, other performers, such as Sean Paul, Steel Pulse, Protoje, the Subatomic Soundsystem, and Lee “Scratch Memorial ft. Mykal Rose will also grace the stage. On Wednesday, 19th April 2023, the Marley Brothers and guests will perform their second night at the Red Rocks Amphitheater. If you’re keen on attending this much-awaited event, you better score tickets now before it’s too late! 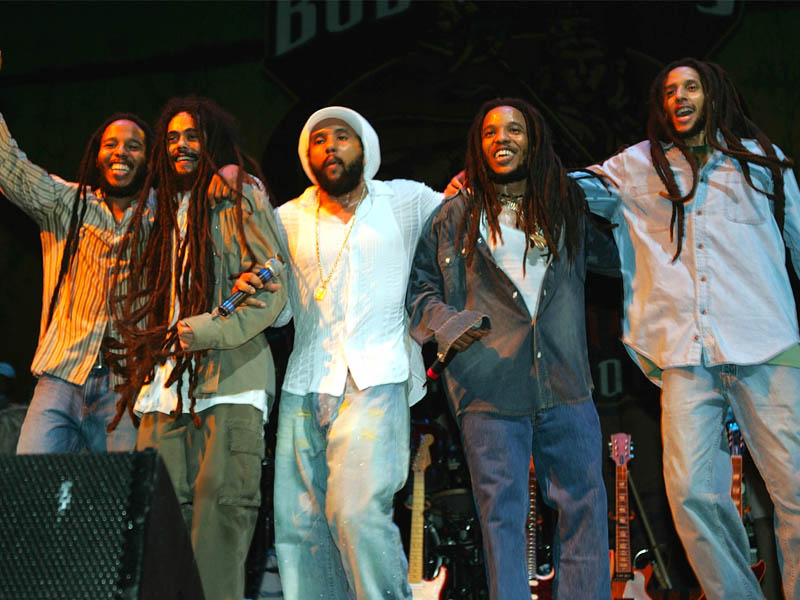 The Marley Brothers are all sons of legendary Jamaican musician Bob Marley. Their father, the leading purveyor of reggae, ska, and rocksteady, was recorded as the best-selling reggae artist of all time, with 75 million records sold worldwide. Known for his distinct vocals and incredible songwriting, Bob Marley had a significant impact on the music industry with hits like “One Love,” “I Shot the Sheriff,” “No Woman No Cry,” and more. Bob Marley’s oldest son David Nesta Marley, also known as Ziggy Marley, followed in his father’s footsteps. The musician and actor is the leader of the family band Ziggy Marley and the Melody Makers, which includes his sisters and Stephen Marley.

Ziggy Marley and the Melody Makers emerged in 1979 and released numerous hits, including “Tomorrow People,” “Tumblin’ Down,” “Look Who’s Dancin’,” and “More Power to Ya,” among others. The group released eight critically-acclaimed studio albums through Ziggy’s label Tuff Gong Music. Bob Marley was also known for self-releasing his music. The band earned three Grammy Awards for Best Reggae Album before disbanding in 2009. After The band’s dissolution, Ziggy Marley pursued his solo career and released thirteen highly-acclaimed studio albums. He has earned five Grammy Awards and an Emmy Award.

Since their father is one of the greatest music artists who ever lived, the Marley Brothers had an early immersion in music. In the late ‘70s, Ziggy and Stephen can be seen performing with their father onstage. In 1978, the brothers performed at the One Love Peace Concert in Kingston, followed by the Reggae Sunsplash in Montego Bay a year later.

Catch the Marley Brothers perform at the Red Rocks Amphitheater on Wednesday, 19th April 2023, by securing your tickets now!