Denver Film Society In conjunction with Denver Arts and Venues bring you The Mighty Ducks and live entertainment at Red Rocks Amphitheatre on Monday 5th August 2019! 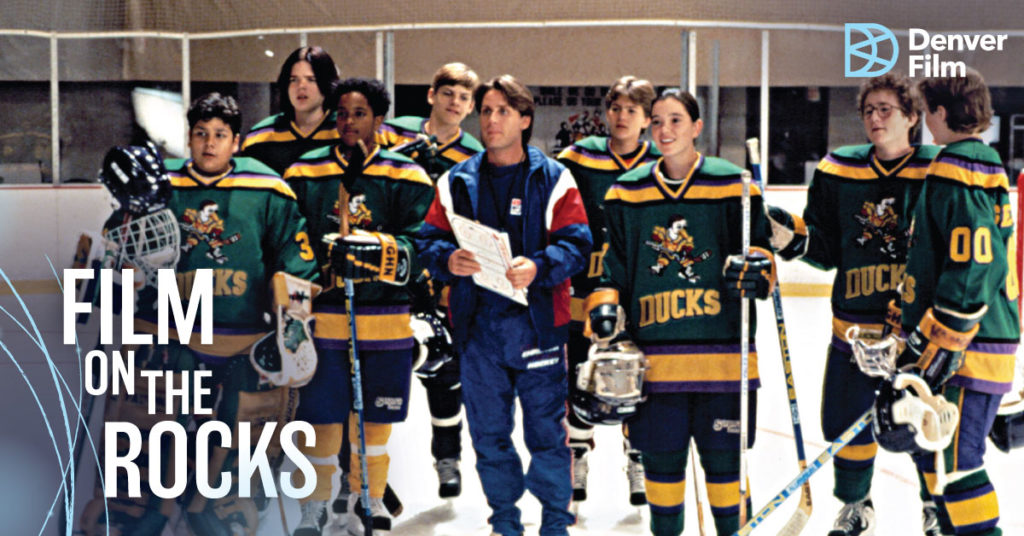 Genre: Comedy, Kids & Family
Directed By: Stephen Herek
Written By: Steven Brill
Stars: Emilio Estevez, Joss Ackland, Lane Smith
A hotshot Minneapolis lawyer Gordon Bombay(played by Emilio Estevez) is convicted of drink-driving he is sentenced to community service coaching a pee-wee league ice hockey team. Haunted by his childhood memories of missing the winning goal shoot-out and losing the game. Gordon eventually gains the respect and trust of the team and teaches them how to win, gets them a sponsor and the name The Ducks and a shot at the finals where they face down Gordon’s old team.

The Mighty Ducks scored a 46 on metacritic, a certified 23% fresh from Rotten Tomatoes with an average of 65% of audience members liking it. The critics consensus is The Mighty Ducks has feel-good goals but only scores a penalty shot for predictability.

“While nicely layered with tough, conflicting personal questions, Ducks ultimately flaps off into easy outcomes and pat contrivances. Still it's an overall charmer, and director Stephen Herek keeps it flying with a nifty mix of slapstick and action. .”-Duane Byrge Hollywood Reporter