Alright Colorado, are you ready for that Funky music?! The Motet with very special guests Eric Krasno, Antwaun Stanley, Jennifer Hartswick, Natalie Cressman & Jason Hann with Eric Krasno and the Assembly are all playing at Red Rocks Amphitheater on Friday, June 4th 2021. Wow, what a massive line-up, this Friday night is going to be, wait for it, Legendary! The Motet have already headlined Red Rocks Amphitheater six times, so they know all the ins and outs, and exactly how to get everything sounding absolutely perfect. Come on, grab some tickets now for an unbeatable Friday night out! 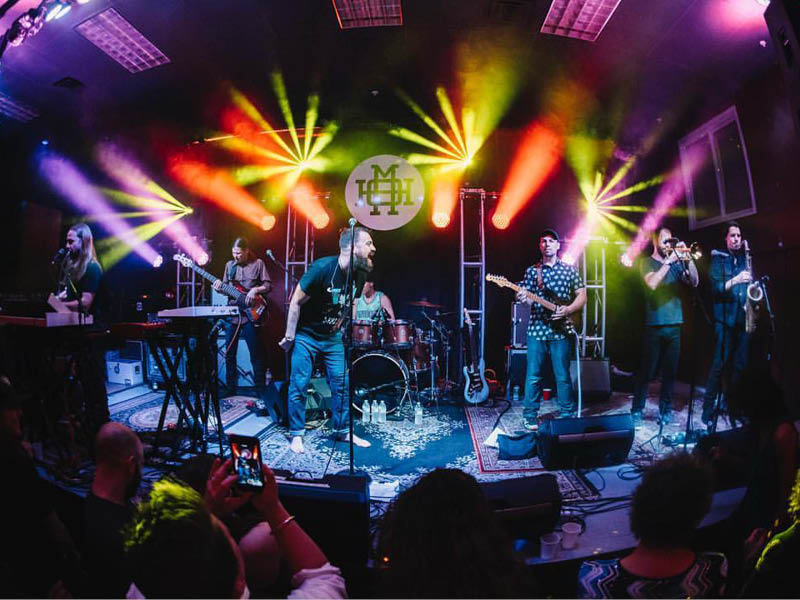 The Motet, are a funky-jaz rock-soul band from right here in Denver, CO. The current line-up is Dave Watts on drums, Ryan Jalbert on guitar, Joey Porter on keys, Garrett Sayers on bass, and Drew Sayers the saxophonist. They have inspired the world with their unique style of dance music. Over the course of nine full-length albums, they’ve traversed the lines between funk, soul, jazz, and rock and built a diehard audience in the process. Known for their extremely energetic live shows, they’ve headlined Red Rocks Amphitheater six times, sold out countless legendary venue’s and performed at festivals such as Bonnaroo, Electric Forest Festival, High Sierra Music Festival, North Coast Music Festival, Wakarusa, Rooster Walk, and Summer Camp Festival. In addition to racking up nearly 20 million total streams and views, they’ve also garnered widespread acclaim from numerous publications including Relix, Glide Magazine, and AXS. The band has also graced the stages of festivals such as Bonnaroo, Bottlerock, Electric Forest, Bumbershoot, Summer Camp, and High Sierra. Death or Devotion, the group’s ninth studio album, is a killer collection of feel good grooves featuring the singles, Highly Compatible, Whacha Gonna Bring, Supernova and Get It Right.
“Death Or Devotion showcases the band’s reverence for the funk tradition through masterful execution of the style. Each track exudes booty-shaking energy, thanks to airtight grooves from the rhythm section, crisp but nasty horn lines, and soulful vocals.” – BandWagon Magazine