Fusing fiery funk, simmering soul, and improvisational inventiveness, the Denver, CO seven-piece The Motet are coming home with an all-star lineup! The Motet is blasting it out at Red Rocks Amphitheater on Friday, May 27th 2022 with special guests Billy Martin on percussion, Cory Henry on keys, Shira Elias & Sammi Garett on vocals, and The Horn Section on… horns. Plus an opening set from Cory Henry, and another whole set from Pigeons Playing Ping Pong! This is going to be epic, grab your tickets right now! 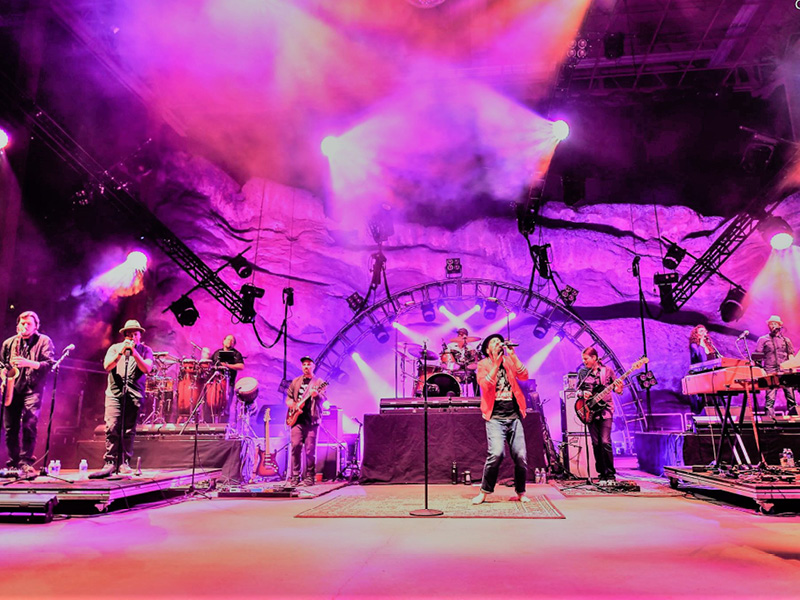 Returning to the greatest home crowd, in the greatest venue anywhere, for only the seventh time, a celebration of music and escapism, going hand-in-hand. The Motet respect and revere this time-honored phenomenon and guarantee to provide an escape for all listeners.

The Motet have been inspiring the world with their unique style of dance music since as far back as 1998. They are, drummer Dave Watts, keyboardist Joey Porter, bassist Garrett Sayers, keyboardist and saxophonist Drew Sayers, and guitarist Ryan Jalbert. They’ve headlined Red Rocks Amphitheatre six times and sold out countless legendary venues coast-to-coast, including gracing the stages of festivals such as Bonnaroo, Bottlerock, Electric Forest, Bumbershoot, Summer Camp, and High Sierra.

Over the course of nine full-length albums, they have racked up in impressive nearly 20 million total streams and views. Their albums have traversed the lines between funk, soul, jazz, and rock and built a diehard audience.

Pigeons Playing Ping Pong is singers and guitarists Greg Ormont, and Jeremy Schon, singer and bassist Ben Carrey, and singer and drummer, the all round good-looking, Alex Petropulos. They released their sixth independent full-length album, Perspective. “When touring shut down in 2020, we gained immense perspective,” admits Greg. “The album title speaks to the perspective of the pandemic as well as our growth over the years. During this turbulent time, everyone in the world has been forced to look in the mirror and ask what’s truly important. If there’s anything we’ve all gained from this, it’s perspective, and a recurring theme from our band is to not waste time. Now more than ever, we recognize that you only get one life, so you might as well live it to the fullest and lift people up in the process.”