Don't miss your chance to see The Piano Guys at Red Rocks Amphitheater on Tuesday 20th August 2019! Tipped to be the hottest show of the year, The Piano Guys is quality entertainment at its best! What else would you expect from Red Rocks Amphitheater! There are still tickets left, but don't delay – as previous shows have shown – they WILL sell out! 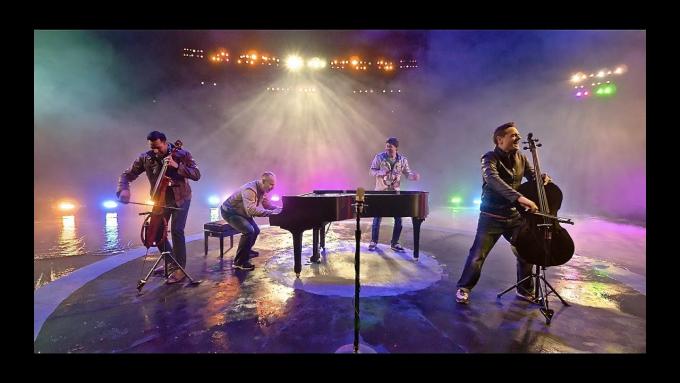 Rising to popularity through YouTube, The Piano Guys are a classic example of the modern online music going “viral,” phenomenon. With innovative covers of contemporary and classical songs set to professional videos by Paul Anderson, often featuring lush scenery and landscapes, The Piano Guys’ material is a treat for the eyes and ears alike – it’s no wonder they rose to such enormous popularity!!

Using the piano as a percussion instrument and directly playing the strings, each group member added to the mix one at a time before switching instruments, all the while playing with a joyous, infectious energy, the group’s cover of One Direction’s “What Makes You Beautiful (5 Piano Guys, 1 piano)” was being posted, tweeted, and messaged about by everyone, everywhere, the video receiving well over 57,000,000 views!! Shortly after receiving the "Most Up-and-Coming Channel" award in YouTube’s "On the Rise" contest, they were signed to Sony in 2012, and the rest is history. They’ve since seen the release of five major-label albums, each and every single one of which debuted at number one on the Billboard Classical Albums chart.

You’ve seen the jaw-dropping videos. Now it’s time to see the creators behind it play live for you with all their enthusiasm and phenomenal talent! But hurry – tickets for this event will sell out fast!!