Tom Petty And The Heartbreakers are heading to Red Rocks Amphitheater on Tuesday 30th May 2017 for the second in a two-night-stand as part of their extensive 40th Anniversary Tour! Throughout four decades of incredible live shows and myriad hit singles, the band have proven to be kings of rock and roll! Don't miss your chance to see them, and the inimitable Joe Walsh, LIVE! 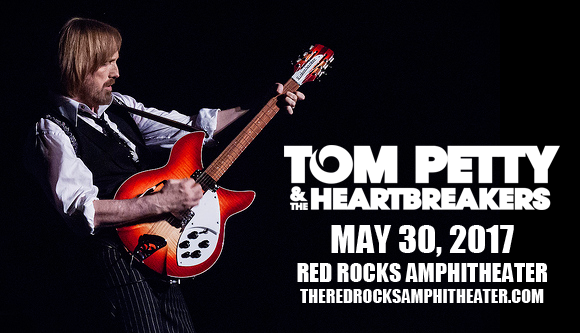 American rock band Tom Petty and the Heartbreakers began their career in Gainesville, Florida in 1976. At the forefront of the heartland rock movement throughout the late 1970s and 1980s, alongside Bruce Springsteen and Pete Seeger, the band has continued to be popular in the music industry for four decades, recording and touring regularly. Their breakthrough album, 1979's Damn the Torpedoes, was a commercial hit, selling over two million copies. Their hit singles “American Girl,” “Refugee,” “Don’t Come Around Here No More” and “Learning to Fly,” are now considered rock classics.