The Progressive Bluegrass Folk-rock band from Duluth, Minnesota, Trampled By Turtles comes to Red Rocks Amphitheater on Thursday, July 14th, 2022 with very special guest Ruston Kelly. Bluegrass fans, you know this is the mid-year show for you, so grab some tickets and come enjoy a long summer night out at the Red Rocks with some gorgeous Bluegrass and Folk in an unparalleled setting! 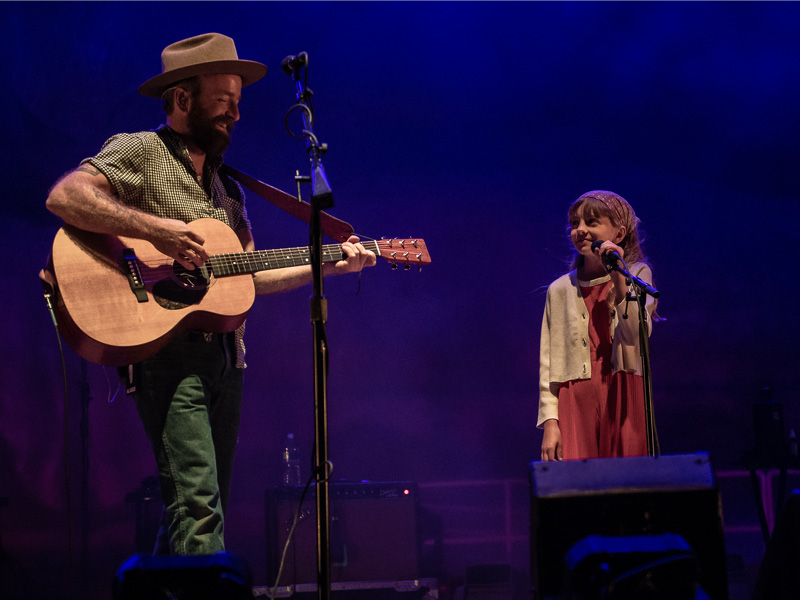 With nine studio albums, three of which have reached Billboard bluegrass chart number 1 spots. Trampled By Turtles released their fifth album, Palomino, in 2010. The album maintained a position in the Top 10 on the bluegrass charts for 52 straight weeks. Two years later, their crossover appeal landed them at number 32 on the Billboard 200 pop charts upon the release of their sixth album, Stars and Satellites. Their latest album, Life is Good on the Open Road, was released on May 4, 2018, coming in at number 188 on the Billboard 200, and Rolling Stone Magazine praised the album with, "Life Is Good on the Open Road balances delicate ballads and loose, upbeat romps, with frontman Dave Simonett's strident voice connecting the dots."

Trampled By Turtles were formed in 2003 by lead singer, guitarist and harmonica player Dave Simonett, Bassist and singer Tim Saxhaug Banjo player and singer, Dave Carroll, mandolin player and singer Erik Berry, Fiddler and singer Ryan Young, and cellist and singer Eamonn McLain. The band have been honored with a star mural on the outside of the Minneapolis nightclub First Avenue, which recognizes performers that have played sold-out shows or have otherwise demonstrated a major contribution to the culture at the iconic venue. “Receiving a star might be the most prestigious public honor an artist can receive in Minneapolis,” according to journalist Steve Marsh.