Trey Anastasio Band comes to Red Rocks Amphitheater on Sunday 22nd May 2022 as part of its Spring Tour 2022. The tour kicks off from Boston’s new venue, Roadrunner, on 7th and 8th May before heading to Vail, Colorado. Prior to the Red Rocks performance, there will be another performance on 21st May at the Gerald R Ford Amphitheatre, where they made their debut in 2019. This will be the last performance of the four-stop tour, and what better way to end it than performing at the iconic Red Rocks. They would be looking to put up a stellar performance at the Red Rocks after five long years, with their last performance coming in 2017. Get your tickets right now and see one of the most famous rock music outfits in the country! 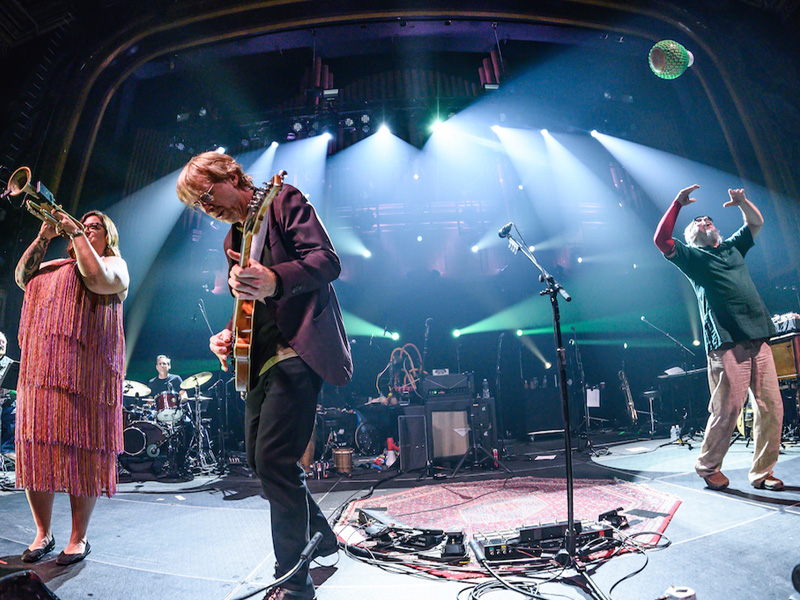 The upcoming May tour of Trey Anastasio Band comes after quite a wait, and fans are excited to see them returning to stage once again. Trey Anastasio is recognized as one of the most prominent names in the Rock music industry. He was most famous for being the lead guitarist and co-founder of hit rock band Phish. With Phish, he credited by name as a composer of 152 songs. As a solo artist, Anastasio has released eleven solo albums and been part of various bands, including the Trey Anastasio band with other names such as Oysterhead, Ghost of the Forest, and Surrender the Air.
Trey Anastasio band made its debut in 1998 as a local Vermont-based band and at the time, it was known as Eight Foot Fluorescent Tubes. The band came to prominence after Phish broke up in 2005 and a short while later, Trey Anastasio’s group became Trey Anastasio band. In 2008, Trey Anastasio toured with older band members, and the band became TAB. The group has undergone various diversifications, which started from a trio and often even performed as a decet. If you want to catch Trey Anastasio Band live in concert, get your tickets ASAP before they are sold out!