Spice up your Wednesday night this September 28 by immersing yourself in the music of country music's rising star Tyler Childers. The 31-year-old bluegrass singer will grace Red Rocks Amphitheater with his beautifully haunting voice that will make you drown in raw emotions and powerful lyricism. Along with his guests, Israeli singer-songwriter Noga Erez and the band Joslyn and the Sweet Compression, Childers will play his career-defining hits under the starry skies of Red Rocks. If you are down for a night filled with neotraditional country, bluegrass, and folk music, then better grab your tickets as early as today. Reserve your tickets here by clicking the "Get Tickets" button. 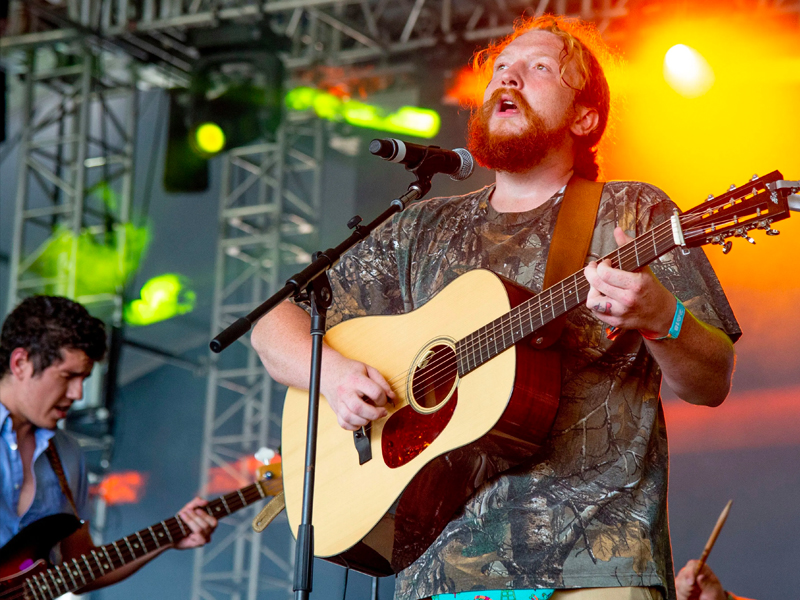 As someone whose music is primarily influenced by his hometown Lexington, Kentucky, Tyler Childers usually writes songs about his environment. He notably writes often about coal mining, which is his father's occupation. As a songwriter, he has the ability to tell stories powerfully through his songs' lyricism that depicts his perception of some pressing societal issues. This was emphasized in his most recent album, "Long Violent History." The album was a followup to his critically-acclaimed 2019 record "Country Squire."

Considered Childers' surprise release in September 2020, "Long Violent History" reached #1 in the US Folk charts. It is a powerful album that consists mainly of fiddle tracks and centralized on its title track that discusses racism, civil unrest, and police brutality. Influenced by the Black Lives Matter movement and the Battle of Blair Mountain in 1921, he released a video message to accompany the song. He discussed his intention for the album in general and the title track in particular, calling for empathy above all else. The album peaked at #45 on the US Billboard 200 and #6 on the US Top Country Albums.

This year, Childers will be gracing the Red Rocks amphitheater with a two-night concert. He will be joined by Noga Erez and Luna & the Mountain Jets on his first night at the famous Colorado venue this September 28, Wednesday. Noga Erez is an Israeli singer-songwriter who is known for her songs "Dance While You Shoot," "Views," "End of the Road," and "Nails," among many others. Luna & The Mountain Jets, on the other hand, is an Appalachian rock group from eastern Kentucky whose musical ground covers a wide array of styles. They are known for songs like "That Thing You Said," "Honey," and "Well Enough Alone," to name a few.

Tickets for the show are on sale now. You can get yours by clicking the "Get Tickets" button.