Neotrad country maverick Tyler Childers returns to Red Rocks Amphitheater on Wednesday 29th September 2021 for a two-night headliner! The award-winning performer, whose 2020 tour with Sturgill Simpson was cut short due to the COVID-19 pandemic, is making a triumphant return to the iconic venue exactly two years after his debut headlining shows! He'll be joined in support by Nashville singer-songwriter and producer Margo Price, as well as special guests ONA! 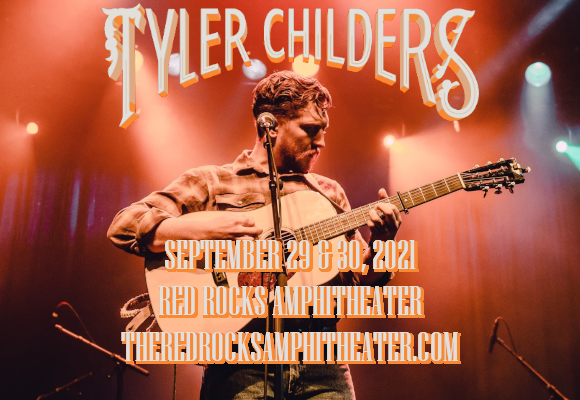 Kentucky singer-songwriter Tyler Childers has a unique take on neotraditional country, incorporating bluegrss and folk, that has taken the country scene by storm! His 2017 breakthrough, Purgatory, instantly topped the Billboard's Heatseekers Albums chart and went in at number 17 on the Country albums chart, and number four on the Americana/Folk albums chart. Although critical of the label ‘Americana’, Childers won Emerging Artist of the Year at the 2018 Americana Music Honors & Awards in September 2018. His third studio album, Country Squire (2019), went to number one on both the US Billboard Country and Folk albums charts and reached number 12 on the Billboard 200. His second single from the album, "All Your'n," was nominated for Best Country Solo Performance at the 62nd Annual Grammy Awards. Childers’ most recent studio album is 2020’s Long Violent History – an unannounced album that is mostly comprised of traditional fiddle tracks.