A rising star of Americana, Tyler Childers comes to Red Rocks Amphitheater on Monday 30th September 2019 for his first time headlining at the prestigious venue! Childers, who began this year touring as support for veteran artists John Prine and Willie Nelson, is one of country's most promising emerging acts with impeccable storytelling skills and an incredible ear for melody – you saw him here first! In support will be prolific country singer-songwriter Robert Earl Keen and North Carolina bluegrass act Town Mountain! 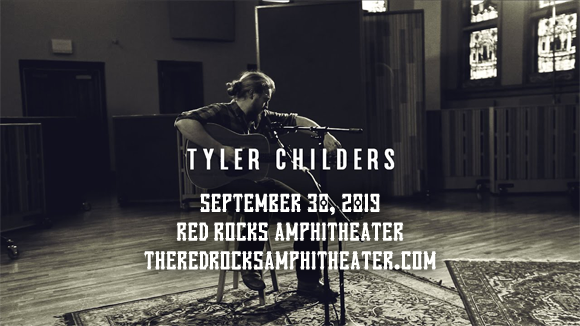 American country, bluegrass and folk singer and songwriter Tyler Childers began his career in 2011 at the age of 19 with the release of his debut EP, Bottles and Bibles. In 2013 and 2014 respectively, Childers released two EPs, recorded at Red Barn Radio, a radio show from Lexington, Kentucky. His debut studio album, Purgatory, was produced by fellow country artist Sturgill Simpson, and country music producer David Ferguson (who is noted for his work with country legend Johnny Cash), and was released in 2017. The album debuted at number one on Billboard's Heatseekers Albums chart, number 17 on the Country albums chart and number four on the Americana/Folk albums chart. Purgatory also paved the way for a re-release of his Red Barn Radio EPs as a double-release, which reached number five on the Heatseekers chart. In 2018, Childers won the Emerging Artist of the Year Award at the Americana Music Honors and Awards ceremony.