It's a triple header, as Umphrey's McGee comes to Red Rocks Amphitheater on Sunday 2nd July 2017 for the third night in a row! The Chicago-based psych/prog outfit have found a welcome home on the Red Rocks stage, which is the perfect backdrop for their dreamy music and stunning visuals! Joined by Bruce Hornsby & The Noisemakers, this is going to be one special show – book your tickets now! 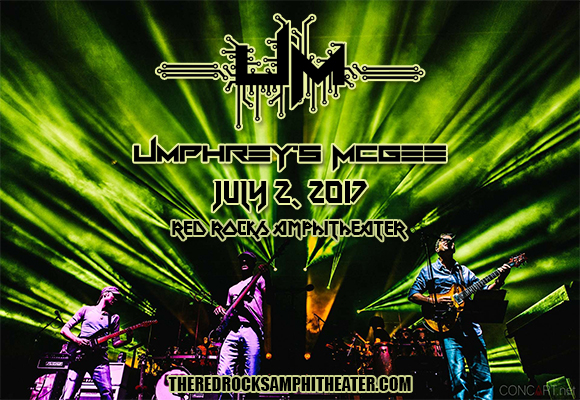