Every Independence Day weekend thousands of Umphrey's McGee fans make the pilgrimage to Red Rocks Amphitheater to see the incredible improv band perform live, and this year is no different! The band will be performing a six-set triple-header, culminating with their show on Saturday 7th July 2018! Fans can expect support from an impressive line-up of phenomenal performers yet to be announced, so keep a look out for who will be joining UM on stage! Tickets available now! 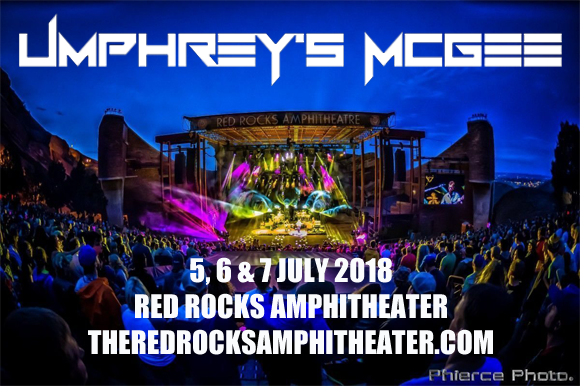