Umphrey's McGee are bringing you the Peak Summer with Andy Frasco & The U.N. at the Red Rocks Amphitheater on Saturday, June 18th, 2022. The second of their two-night run and with a fresh game plan, Umphrey's McGee, are going to make the most of their annual rocky mountain adventure in 2022. So, grab some tickets to Umphrey’s McGee’s “Peak Summer,” with Andy Frasco & The U.N., it’s the perfect return to Jam rock at the beloved Red Rocks. Come on June, it is going to be epic! 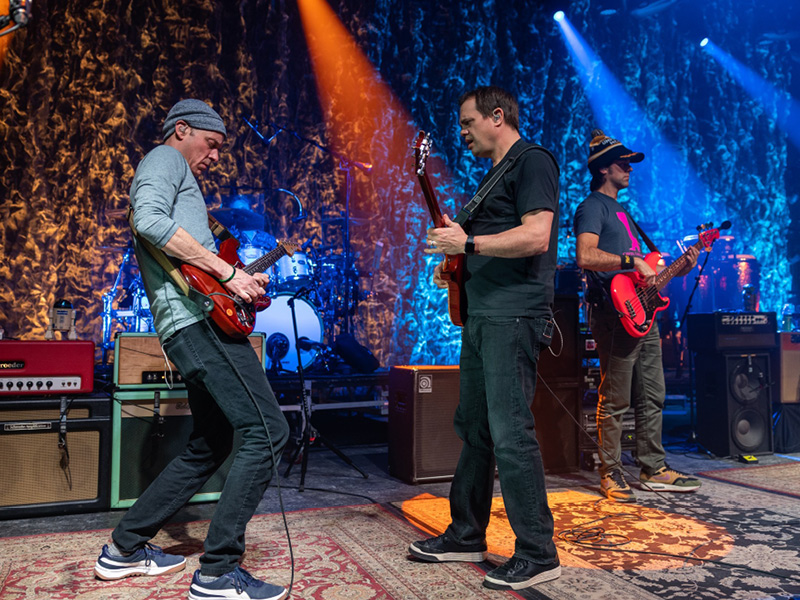 Umphreys McGee, formed way back in 1997 in the little place called South Bend, Indiana, they have since moved to the Windy City itself, Chicago. They are guitarist and vocalist Brendan Bayliss, bassist Ryan Stasik, keyboardist Joel Cummins, and drummer Mike Mirro, combining members of Tashi Station and Stomper Bob, guitarist Jake Cinninger joined them in 2000 and drummer Andy Farag replaced Mike Mirro in 2002, and together they play a mashed-up explosion of rock, metal, funk, jazz, blues, reggae, electronic, bluegrass, and folk.

The band performed at the first-ever Bonnaroo Music Festival in 2002 in rural Manchester, Tennessee, and among the over 30 bands performing, they sold more albums than any other band on the bill. They have thirteen studio albums stretching from 1998 to 2021 and Umphrey's McGee annually releases an album entitled Hall of Fame, which includes the fan-voted the best songs from live shows of the previous year. Their thirteenth studio album, You Walked Up Shaking In Your Boots But You Stood Tall And Left A Raging Bull, came out in July 2021 consisting of music that was used as a pre-recorded introduction as Umphrey’s took the stage at live shows. The songs, including lead single “Leave Me Las Vegas,” have “gotten the full studio treatment”.