Don't miss your chance to see Vulfpeck at Red Rocks Amphitheater on Thursday 9th May 2019! Tipped to be the hottest show of the year, Vulfpeck is quality entertainment at its best! What else would you expect from Red Rocks Amphitheater! There are still tickets left, but don't delay – TICKETS ARE ALMOST SOLD OUT! 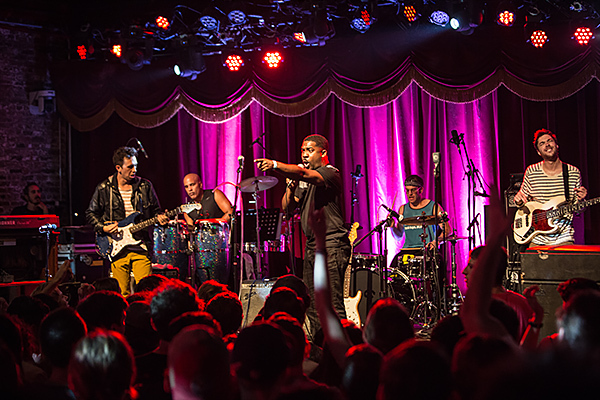 The American funk group, Vulfpeck really know how to rock the stage, with Jack Stratton on keyboards, drums and guitar, Theo Katzman on guitar, drums and vocals, Woody Goss on keyboards, and Joe Dart on bass, along with occasional other members performing with them. After founding in 2011, these guys have churned out records like there's no tomorrow, with four EPs, four albums, along with a silent album released on Spotify – Sleepify – with all of this under their belts they were able to fund their mission to tour every year.

The minimal sound that they have crafted together has put them well and truly on the map! With their first album, Beastly released in 2011, they kick started their career and was praised it's bass performance and was featured in the online magazine for bass players, No Treble. This was just the start for them as they followed it up with their EP, Fit Peck that same year.
Just one year had passed until their second EP release and in 2013, they became a well known band on the live music circuit, Vulfpeck's first performance was at the Big Pig in Michigan and next a live show in NYC, around the same time they were ready to give to their fans yet another EP and 'My First Car' was released. "A fitting addition to their unique catalogue of music."

In 2014, Vulfpeck hit the road again after their rare album which came out on Spotify and announced a tour titled "The Sleepify" to follow in the success, since then they have been non-stop around North America, including playing shows in San Francisco, LA, Chicago, NYC and the list goes on.

With their funk and soul influences throughout their chilled sound, Vulfpeck have been featured in the charts on several occasional, including the Top R&B and Hiphop Album Charts, when they took the number 10 position with their 2016 record.

The band's latest album, Hill Climber, was released in December 2018 and now in 2019 the incredible group take to the stages on their North American tour to bring fans everything they have proven throughout the years and more, with no doubt some new material in the working! Come and catch them while you can!