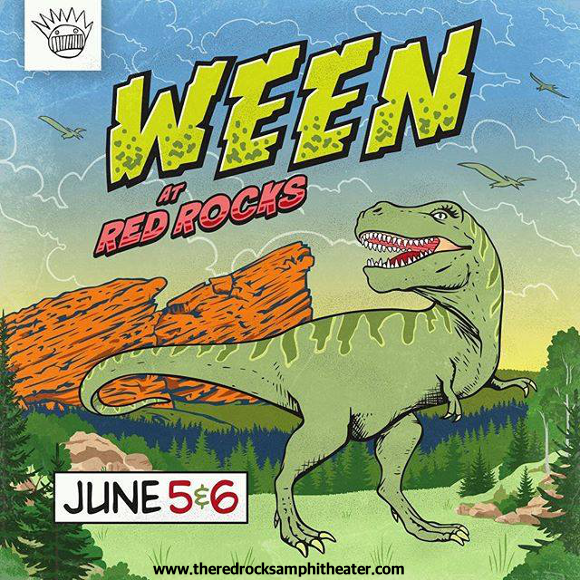 Formed in 1984 by school friends Aaron Freeman and Mickey Melchiondo, who took on the Ramones-inspired stage names Gene Ween and Dean Ween, Ween initially started performing as a duo to a backing tape, later expanding their act to a full band, the current lineup including band members Dave Dreiwitz, Claude Coleman Jr, and Glenn McClelland. Over time, the band have developed a devoted cult following for their unique sound, blending a variety of genres including soul, prog, R&B and punk rock!!

After making their first Red Rocks appearance in 1995, Ween have returned to play spectacular shows here no less than four more times since then – 2018 will mark their sixth Red Rocks performance, their first show in a while after a quiet 2018.

No Ween fan can afford to miss it – grab your tickets NOW before they disappear!