It's the ultimate throwback show as Weezer comes to Red Rocks Amphitheater on Saturday 7th October 2017!
Everyone is getting excited as Weezer return to the road to bring their unforgettable nineties and noughties anthems to the stage! There is only one place to be so don't wait around – book your tickets for you and your friends for this Fall! 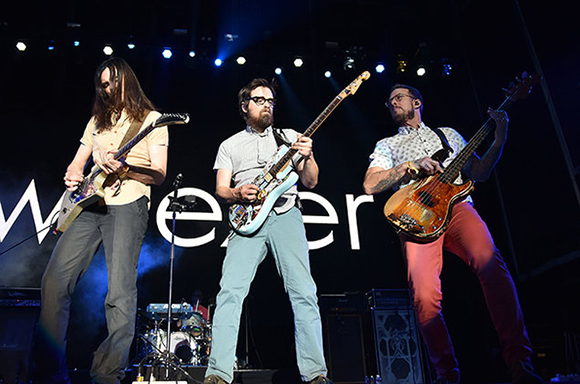 Top of the charts during the very early 2000's, when they put themselves on the map for Alternative Rock/Pop scene, since then it's hard to forget their biggest hits to date! When they arrived with their second self titled album in 2001, Weezer went viral with the likes of "Hash Pipe" and "Island in the Sun!" And they just kept on getting better and better… "Beverly Hills" smashed it and quickly made it as Weezer's first single to top the US Modern Rock Tracks chart and the first to reach the top ten on the Billboard Hot 100! And the rest was history!