Can’t get enough of Widespread Panic’s bursting rock n roll jams? You are in for a treat as the band brings their bluesier, rockier, funkier, and countrier music to the Red Rocks Amphitheater for a three-night concert from June 24-26. This is any spreadhead’s dream come true to experience the musicality of this famous sestet, led by the husky and expressive voice of John Bell. Catch the first night of one of the best jam bands in the country this 24th of June. Head to the Red Rocks Amphitheater this weekend to not only feel the music of one of the one and only Widespread Panic but to feel that sense of connection in a community that only jam bands concerts can offer! So click on the “Get Tickets” button to secure your ticket orders now! 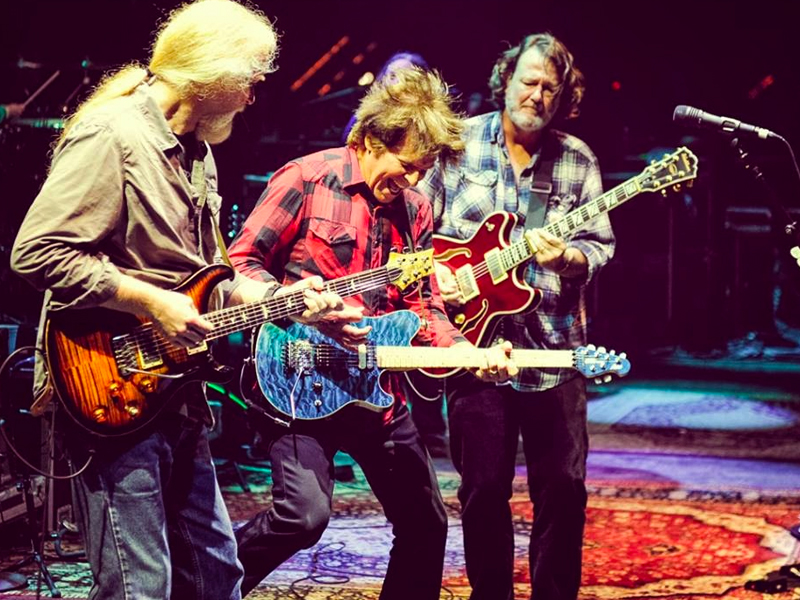 As one of the many neo-hippie jam bands that followed the footsteps of the Grateful Dead, Widespread Panic are known to weave their songs between stretches of improvisational jams. As masters of improv, they also create a fluid stream of music that never fully stops throughout their set. This is one of the major reasons why the band has developed a devout following. The band’s conception can be traced back to 1982, when vocalist John Bell and guitarist Mike Houser first began playing together while attending college in Athens, Georgia.

The two found their bassist in the person of Dave Schools when he decided to leave academia to join the duo in the following year. Thus, Widespread Panic was officially born. The band recorded its debut single, "Coconut Image," in 1986; drummer Todd Nance joined soon after, followed by the addition of percussionist Domingo "Sunny" Ortiz and finally keyboardist John "JoJo" Hermann.

Attaining genuine road warrior status, Widespread Panic was able to break records after selling out in arenas all over the world. They were able to perform in major venues like the UNO Lakefront Arena in New Orleans, Birmingham’s Oak Mountain Amphitheater, New Orleans Jazzfest, and The Fox Theatre in Atlanta. They also had 18 sold-out shows at Atlanta’s State Farm Arena and have headlined most major U.S. festivals, including Bonnaroo, Lollapalooza, ACL Festival, LOCKN’, Outside Lands, Forecastle, to name just a few. To top it all, the band has broken attendance records across the country, including a staggering 61 consecutive sell-outs at the legendary Red Rocks Amphitheatre.

And this year, Widespread Panic is back at the famous Colorado venue for a three-night concert. This is the band’s first appearance since last year’s successful sold-out concert. Catch the band on their first night this Friday, June 24. Book your tickets now and prepare to meet other Spreadheads like you! See you there!