It's the last night of Widespread Panic's 3 day stand at Red Rocks Amphitheater!
On Sunday 28th June 2015, the legendary jam rockers will be here to give you a unique musical experience. With their hit tunes and high energy, they never disappoint. A constant strength around the jam band scene and touring as a experimental, rootsy Southern rock, blues and jazz qualities.
Widespread Panic hold the record for number of sold-out performances at Red Rocks Amphitheatre! do not miss your last chance to catch them – grab your tickets now! 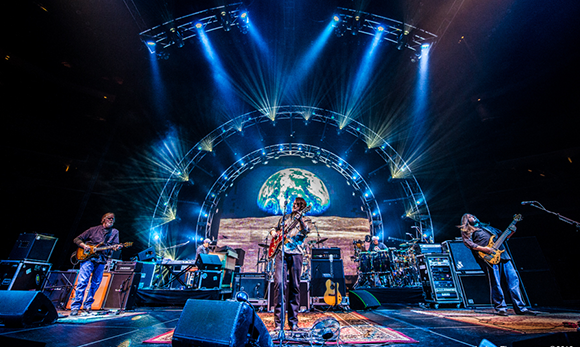 Widespread Panic are a rock band originating from Athens, Georgia, starting out in university, they began writing still-popular songs such as "Driving Song" and "Chilly Water" together.
Having been compared to the likes of The Grateful Dead, Van Morrison and Traffic, among others their repertoire consists of effortless improvisation. Their music is a smooth genre bend of Southern rock, layered with jazz and blues. Known as a psychedelia neo-hippie jam band with huge touring credibility.
Only just 2 years ago, the band returned to the touring life-style and are coming back this year for the summer of 2015, you can expect amazing things from them on this spectacular and original performance!