Critically acclaimed Chicago rockers, Wilco are coming to Red Rocks Amphitheater on Tuesday 14th July 2015! Wilco's music has been inspired by a wide variety of artists and styles, including Bill Fay, The Beatles and Television, and has in turn influenced music by a number of modern alternative rock acts! Rolling Stone described Wilco as "one of America's most consistently interesting bands" and "America's foremost rock impressionists." Twenty years. Eight albums of unique material. Six current members. This band's live presence is kicking! Get your tickets now to enjoy this evening sublime music! 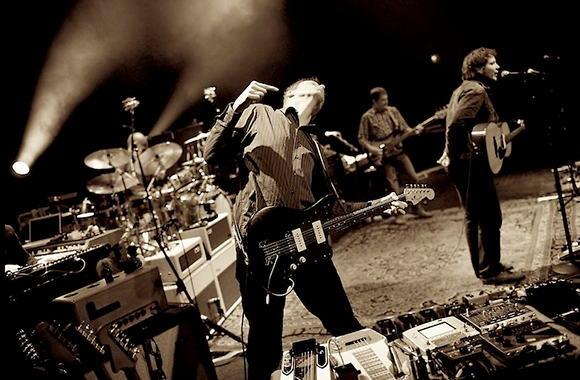