Wiz Khalifa & Trippie Redd comes to Red Rocks Amphitheater for a headlining concert on Monday 18th April 2022. Respective set of fans are incredibly excited to see their favorite artists performing together at one of the most iconic concert venues in the U.S. Other popular artists will also join them, including Curren$y, DJ Squizzy and Chevy Woods. Fans are buzzing with this prospective line-up, and they want to get their hands on tickets ASAP. If you’re one of them, you will need to hurry and buy them right now because they could be sold out very soon! After a difficult few seasons, live performances are a thing once again and it is expected to be a completely sold-out show. 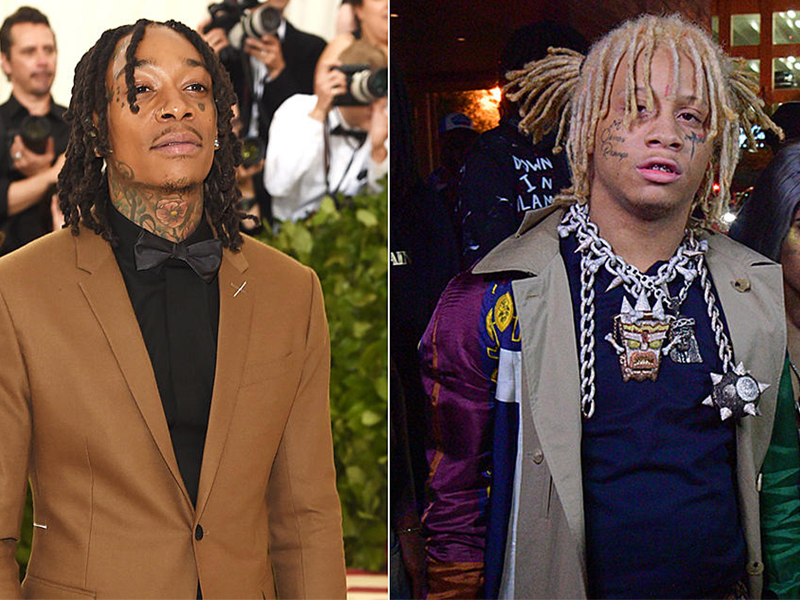 Wiz Khalifa burst onto the scene with his first major-label debut release, Rolling Papers, in 2011. Rolling papers included huge hits such as Black and Yellow, Roll up and No Sleep, which gave Khalifa worldwide recognition. The multi-platinum selling Grammy and Golden Globe nominee won his first award for Best New Artist at the 2011 BET Awards. The next year, he was awarded the Top New Artist award at the 2012 Billboard Music Awards. Khalifa’s FURIOUS 7 soundtrack, “See You Again,” topped the charts in 95 countries and is one of the most-streamed songs of all time. It held the number one spot for 11 consecutive weeks and was also Spotify’s most-streamed track in one day.
Trippie Redd was one of the rappers who were part of the SoundCloud rap scene that emerged in the late 2010s. He rose to prominence with his debut mixtape, A Love Letter To You, and its single, Love Scars. Love Scars was one of his breakthrough tracks, and the following year, in 2018, he released his debut studio album, Life’s a Trip. Life’s a Trip, along with his second studio album, !, reached the top five of the Billboard 200.
Trippie Redd featured alongside Wiz Khalifa on Khalifa’s 2019 single, Alright. It was a massive hit, and similarly, fans would be looking forward to an amazing concert at the red rocks featuring two record-breaking artists. Get your tickets ASAP before they are gone!