Progressive bluegrass and country act, Yonder Mountain String Band & five piece jam band, Greensky Bluegrass are coming to Red Rocks Amphitheater on Friday 21st August 2015 for this one unmissable night! Yonder Montain's music journey has sustained itself, particularity throughout the festival scene, giving them a successful fan following where-ever they hit the road.
With their energetic performances that never dissapoint, this night is guaranteed to get you to leap to your feet and strut your stuff! 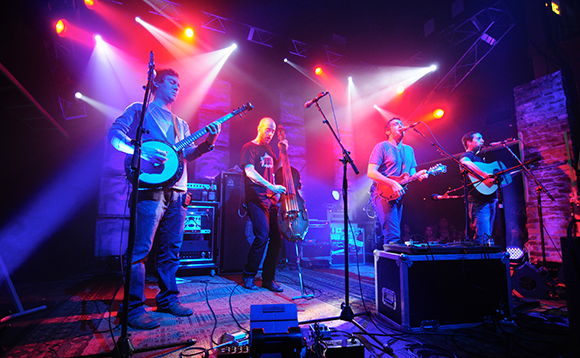 Yonder Mountain have pioneered their own definitive genre – "The Yonder Mountain boys have found a formula that works: take rootsy bluegrass influences, add in some rock 'n' roll, and seek out an adventurous audience." Their sound brings to mind the bluegrass of Del McCoury, Johnson Mountain Boys, Jimmy Martin, Bill Monroe, Osborne Brothers as well as the hard rock influence of Bad Religion, Black Flag, Nirvana and the Dead Kennedys.
It is clear that Yonder Mountain String Band, are very much a LIVE band, the energy and the chemistry between the memebers on stage is so wonderful, their performances are full of unexpected moments to make you smile. Their harmonies are luxurious and the music is passionate, raw and exciting! In true country style, these guys live for the music, touring has become the heart and soul of the band. Making them a very refreshing asset to the music industry.