Everyone's snapping up tickets to Yonder Mountain String Band as they transform the Red Rocks Amphitheater into the only place to be this coming Summer! You can catch them LIVE on Saturday 4th August 2018! Out-of-this-world entertainment Yonder Mountain String Band is the must-see show of the year as they always have an impeccable range of instruments that create so much energy and charisma! 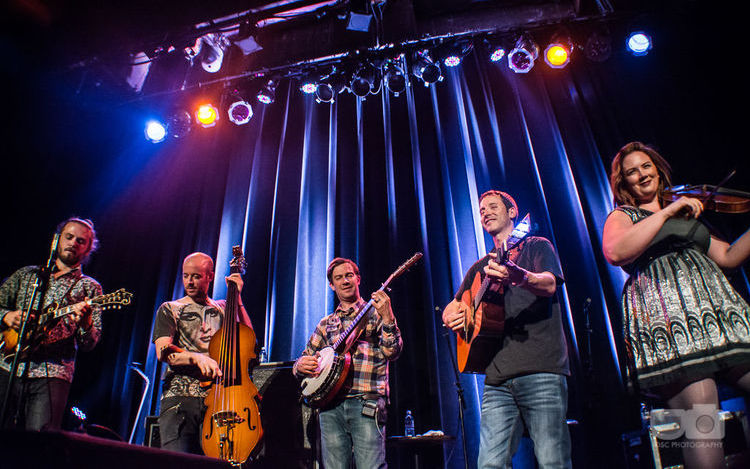 For this one exciting and enticing night, Yonder Mountain String Band will be bringing not just themselves which will leave you in amazement but also The Infamous Stringdusters will be performing also! Get ready for a night under the stars that won't soon leave your heart or your memories – book your tickets above!

Yonder Mountain String Band – "Each of the players dazzled in solos, which varied from short and succinct to extended and fevered. Jolliff and Kral tangled more than once, in duels that were as hypnotic as the best jam band instrumentals but burned with bluegrass precision."

"There’s just something about bluegrass music that brings people together. It’s warm and inviting, and often invites dancing and celebration. There’s an inherent joy in bluegrass, even when it takes on a more melancholic tone. Maybe it’s the swooning fiddle or the familiarity of it. And the five-piece Infamous Stringdusters do it so, so well."