Get ready for some seriously crossover and experimental rock from Young the Giant and Phantogram as they absolutely crush Red Rocks Amphitheater on Wednesday, October 12th 2022, and bring along special guest Jean Dawson. Young the Giant, plug themselves as an alternative Rock – Indie Rock band consisting of a melting pot of five nationals, and started their music career as The Jakes, way back 2004, but their name in 2010 to Young the Giant. Then you get some special alt-rock street beats, and psych pop blends from the multi-instrumentalists Phantogram. If only they had agreed to an entire tour together! 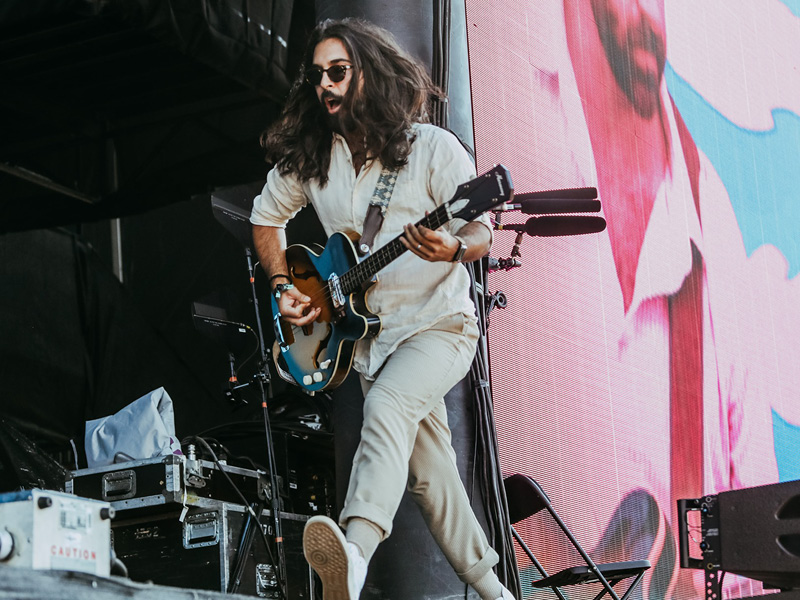 The Young Giants began their musical career in 2004 as the Jakes. When they formed, two members of the band members were still at school and two were at college. Despite the difficulties in co-ordinating practices and recordings, they managed to release an album in 2010 just before they changed their name to Young the Giants. They have played fairly extensively across the United States and in the United Kingdom. Although they have not received any awards yet, they have notched up quite a gathering of Albums, Extended Play albums and singles. Their repertoire boasts 4 albums, 2 Extended play Albums 16 singles and 11 videos.

The group are almost ready to release their latest project, Act I: Origins, which comes out on July 15th. They collaborated with Tanmay and headed out to Bombay Beach in the Salton Sea to film their latest video. “The cracked earth reminds me of an iconic Bollywood film, Lagaan: a story about the birth of cricket in India amidst colonial strife.” They said about the experience.

Multi-instrumentalist music duo from Greenwich, New York, Phantogram consists of and vocalists Sarah Barthel and Josh Carter. They define their music as electronic rock, dream pop, electronica and trip hop with elements of "street beat, and psych pop." The band has released four studio albums; Eyelid Movies in 2010, Voices in 2014, Three in 2016 and Ceremony in 2020, four EPs and 10 singles.