Red Rocks once again presents the very best in LIVE music entertainment as the rising Californian rock band – Young The Giant come to give you a performance that you will never forget, as they travel on their Home the Strange Tour!

This incredible act is full of energy and will be bringing their indie infused singles to Red Rocks Amphitheater on Tuesday 15th August 2017… If this sounds like you're kind of event then be sure to grab tickets for the popular, Young The Giant! 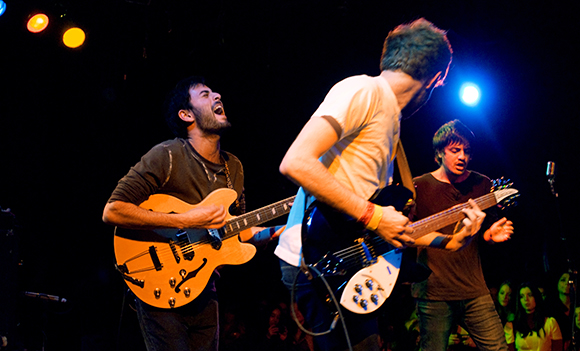 Young The Giant have been creating excitement where-ever they travel since their debut back in 2004. The line-up is made up of the talented bunch of guys; Sameer Gadhia (lead vocals), Jacob Tilley (guitar), Eric Cannata (guitar), Payam Doostzadeh (bass guitar), and Francois Comtois (drums). As they first began as The Jakes and later changed their name to what we now know and adore, their first album hit the ball running back in 2010. Since then they have smashed the US Alternative Rock charts with the unforgettable tracks such as "My Body", "Cough Syrup" and "Apartment!"