Are you ready to immerse yourself in a Springsteen-esque communal concert experience this November 3 at the iconic Red Rocks Amphitheater? The rising star of Red Dirt country music, Zach Bryan, will surely give you one of the best concert experiences this year. Watch him perform his new songs from his “American Heartbreak” album and feel the poignant lyricism that shows his incredible songwriting skills. Be enthralled by the superb musicality that sets him apart from all guitar-slinging male country singers in the business. Zach Bryan is the real deal! Don’t miss seeing him perform under the starry skies of Morisson, Colorado, this November 3, and feel the chills as you listen to him sing his newest songs, “Something in the Orange,” “From Austin,” and “Whiskey Fever,” among many others. Grab your tickets now by clicking the “Get Tickets” link on this site. 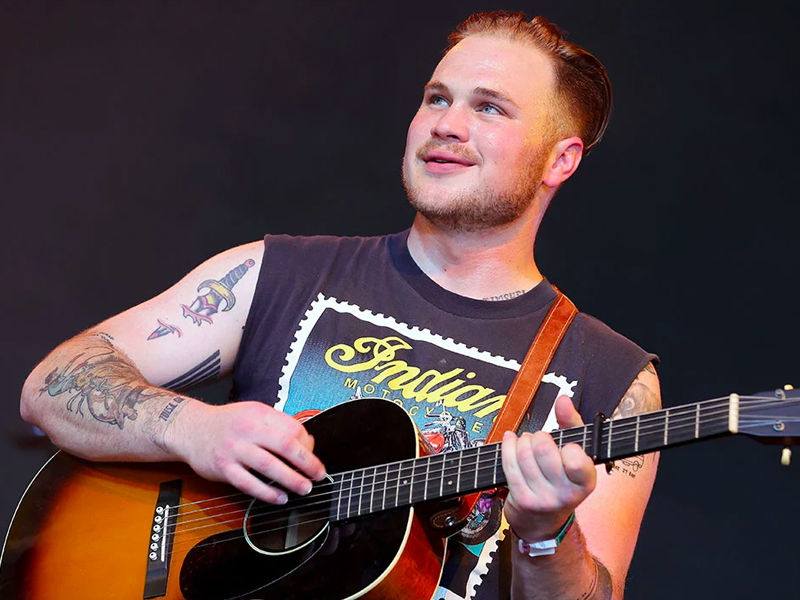 Known for his honest, poignant lyricism and incredible musicality, Zach Bryan is an American singer-songwriter from Oklahoma. He first gained an audience in 2019 when he released his debut album during a break in service from the Navy. Named after his deceased mother, "DeAnn" was a promising debut for the then 23-year-old, who was oblivious of the popularity he'd enjoy in the years to follow. His first album was notably recorded in an AirBNB, but the lack of sophistication in the recording process did not hinder him from establishing his place in the Red Dirt country and folk music scene.

The momentum he gained in 2019 continued and heightened after releasing his second album "Elisabeth" in 2020. His single "Heading South" sealed the deal for Bryan. The album reached the charts for both the Country and Heat charts and peaked at number 7 on the US Folk charts.

This year is starting to look very busy for the rising country star. Aside from being part of the concert lineup for Willie Nelson, Nathaniel Rateliff & The Night Sweats, Charles Wesley Godwin, and Luke Combs, he is also embarking on a solo headlining tour of his own. Much to his fans' delight, Bryan will be stopping at more than 30 destinations this summer and fall.

The iconic Red Rocks Amphitheater is where Zach Bryan will wrap up his "American Heartbreak Tour" this November 3. Named after his recent album, the tour supports the 26-year-old singer-songwriter's third studio album. Released in May this year, the album is Bryan's first official studio recorded and produced body of work. Its singles "From Austin" and "Something in the Orange" topped the charts and cemented his name as this year's highest entrant on Hot Rock & Alternative Songs. The album peaked at number 1 on the US Country, Folk, and Rock charts. This isn't surprising as the 34-track album is making waves for the universal appeal of its songs. One needs not to be a country music fan to appreciate the melody and message of his songs that relate to human emotions on all levels.

You can witness him perform these new songs and other previous hits this 3rd of November at Red Rocks Amphitheater for the final night of Zach Bryan's concert tour. Get your tickets here by clicking the "Get Tickets" button. Order yours now and prepare for one magnetic live show from the rising golden boy of country music.