Deep House master, Zhu comes to Red Rocks Amphitheater on Friday, November 11th 2022 featuring special guests Hayden James and The Bordas Brothers. Grab some tickets and come out for the most epic game of Musical Chairs ever! Zhu's new seven-track mixtape, Musical Chairs Mixtape (Vol. 1) was released back in July and kicked off his tour with Swedish House Mafia. Named the “Next Daft Punk” by the New York Observer, ZHU has become a regular at big EDM festivals, playing Ultra Music Festival, Joshua Tree and Lollapalooza as well as a staggering 6 sold out sets at Red Rocks last year. 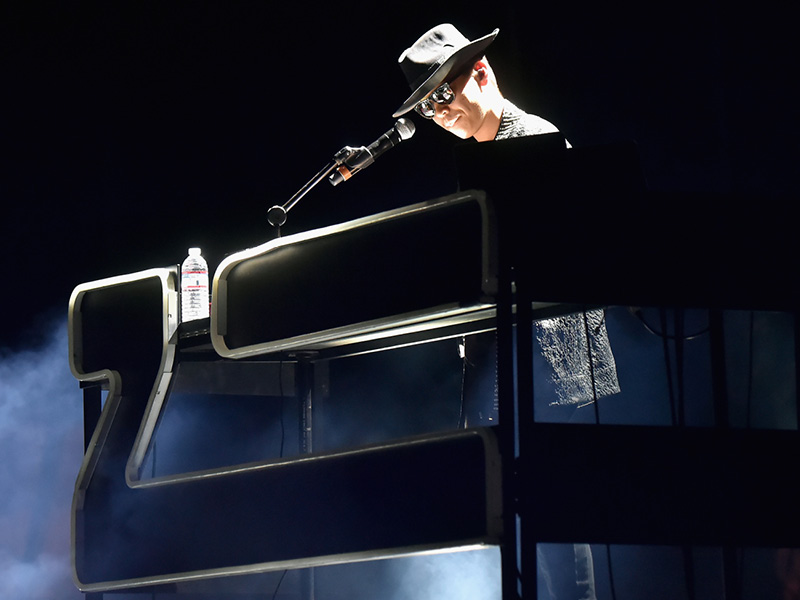 ZHU’s first long-form project since 2021s, DREAMLAND (DELUXE), is, Musical Chairs Mixtape Vol. 1, and officially landed late in July. "When I was young, we would rip our favorite songs off the radio straight onto cassettes," said Zhu. "I wanted to make something that reminded my fans of an era that was more physical." Featuring production support from Elderbrook, Mr. Carmack, and Channel Tres, among others, ZHU first announced the quick-turnaround tape on Twitter, hours before closing out Lollapalooza 2022s opening day. He also had Lollapalooza attendees engage in a traditional game of musical chairs while tending decks on stage.

Most of ZHU’s previous album, DREAMLAND 2021, was made at home during quarantine, but as he crafted the new set’s grimy techno and sweaty house tracks, he imagined the record as the score to a world starting to spin back into motion. Over the years, ZHU has won acclaim for exactly these kinds of forward-looking experiments, including a Best Dance Recording nomination at the 2014 Grammys for his breakout hit “Faded.”

His debut album, GENERATIONWHY, topped Billboard's Dance and Electronic albums chart and landed on the Billboard 200, and he’s had dozens of tracks hit the Hot Dance/Electronic Songs chart, and these accolades have earned him partnerships with like-minded brands including Luminosity and Leica.