EVENT RESCHEDULED TO FRIDAY 7TH MAY 2021. Originally Thursday 8th May 2070. All original tickets are still valid!

Modern country outlaw Brantley Gilbert comes to Red Rocks Amphitheater on Friday 7th May 2021 for the first of two nights in a row to tear the house down on his Fire't Up Tour! The singer has quickly become one of country's hottest properties with his high-energy, soulful country rock, and his live shows are just as wild as you might expect! He'll be performing tracks from his latest album, Fire & Brimstone, as well as some brand new material that fans will be excited to hear! Get ready for one helluva party as this loose canon takes to the stage! 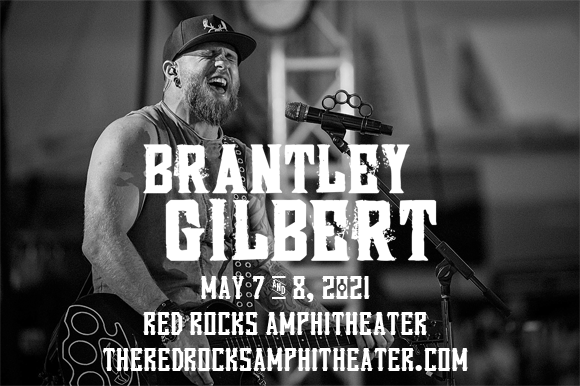