Internationally acclaimed, three-time International Dance Music Award winners and three-time State of Trance winners from across the pond, Above & Beyond are coming to Red Rocks Amphitheater in Morrison, CO, on Thursday, October 21st 2021. Are you ready to hold your hands up in the air, are you ready to just not care!? This is trance-house music like you have never felt before, grab your space on the rocks right now, this show only happened because Friday’s show sold out so fast! Get your tickets here. Above & Beyond love performing at Red Rocks, in fact they love it so much they named a track, 2018's 'Red Rocks'. 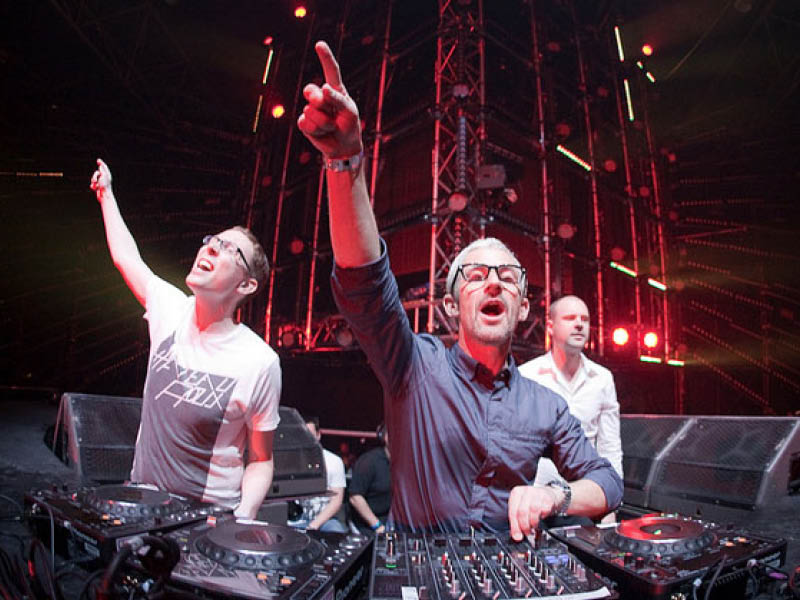 Above & Beyond, are Jono Grant, Tony McGuinness and Paavo Siljamäki as they are better known to their legions of fans around the world, have been at the forefront of electronic dance music for two decades. The trio have earned two Grammy nominations for anthems “Northern Soul” feat. Richard Bedford and “We're All We Need” feat. Zoë Johnston. In 2018, the band’s fourth electronic album, Common Ground, debuted at number three on the Official Billboard Album Chart. They have sold out shows including headline performances at historic venues like Madison Square Garden NYC, The Hollywood Bowl, The Sydney Opera House, Royal Albert Hall London, Red Rocks Amphitheater and record-breaking turnouts for their own festival events on LA's Huntington Beach and at The Gorge Amphitheater in Washington State. Above & Beyond have four acclaimed studio albums, 14 compilation albums, two ‘acoustic’ albums and a stand-alone album for yoga and meditation, not to mention innumerable club cuts and dance remixes. The trio has been consistently ranked among DJ Magazine's Top 100 DJs Poll, having placed at No. 6 in 2007, No. 4 in 2008 & 2009, No. 5 in 2010 & 2011, No. 51 in 2018, No. 22 in 2019 and most recently No. 19 in 2020.