After a triumphant reunion tour last year, having been on a seven year hiatus, Ben Harper & The Innocent Criminals are returning to the stage once again for 2016! Heading to Red Rocks Amphitheater on Tuesday 28th June for a night of dynamic music and hits from their newest album, Call It What It Is, the band are as fresh and talented as ever – don't miss this special opportunity! 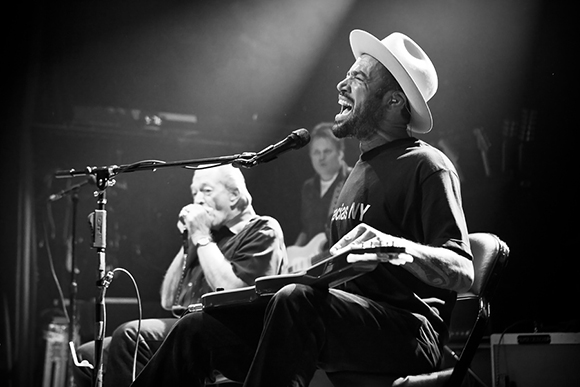 Ben Harper is an American singer, songwriter, multi-instrumentalist and activist. Harper started playing guitar as a child, taking up slide guitar as a teen, and was invited to tour and record with one of his heroes, blues guitarist Taj Mahal, at the age of 21. Two years later, in 1992, Harper recorded the LP Pleasure and Pain with Folk multi-instrumentalist Tom Freund, which lead to him getting a lifetime record deal with Virgin Records. He released his debut album, Welcome to the Cruel World, on Virgin Records in 1994. To date, he has released twelve studio albums and is a three time Grammy Award-winner.