Are you ready for some hardcore bluegrass and rock n roll tunes mixed together in one exhilarating concert night? Be prepared to sing along to the songs of the one and only Billy Strings this May 11 at the iconic Red Rocks Amphitheatre. Be one of the hundreds of fans to witness Strings perform once again in the famed Colorado venue. If you haven't attended any of Strings' epic headlining shows at the Red Rocks since his debut in 2020, this is your chance to see him rock the iconic venue as he performs his massive hits, including "Dust in the Baggie," "Meet Me At The Creek," "Cocaine Blues," and many others. Tickets are now on sale, and you can score yours by hitting the "Get Tickets" link on this site. Get yours now and prepare to be amazed by the guitar-slinging magic to come your way! 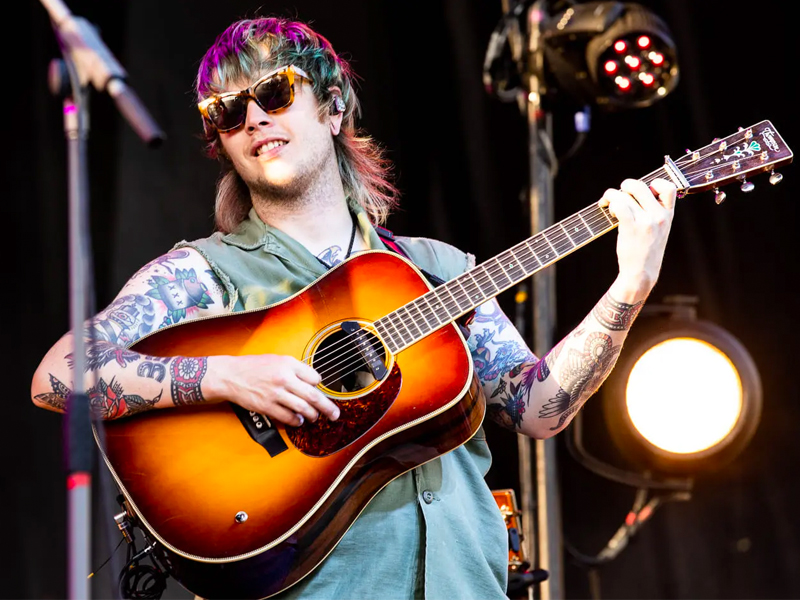 American guitarist and bluegrass artist Billy Strings combines bluegrass with rock, jazz, and psychedelic elements in his music. Acoustic music is String's specialty, and his lyrics are rooted in the issues of our time. Through his music, he melds modern melodies with fiddles and banjos, taking inspiration from the past and present — a true master of his craft.

Strings' musical influence came from his stepfather, who was a talented bluegrass musician. At a young age, he was introduced to traditional bluegrass artists. He also grew to love rock and metal music. Later on, he took inspiration from Jimi Hendrix, Johnny Winter, and many rock artists. In middle school, he played with a metal band. However, he changed his path when he realized that he did not shine as a rock musician. After high school, he continued his career in bluegrass.

While playing in an open mike, mandolinist Don Julin found him. In 2012, they started playing together, which lasted for four years. This event started his upward trend toward bluegrass stardom. In 2017, Strings was named one of the Top Ten New Country Artists to Watch by Rolling Stone magazine. That same year, he released his album "Turmoil and Tinfoil." In 2019, his sophomore album "Home" followed. At the 63rd Annual Grammy Awards, he won the Grammy for Best Bluegrass Album for the album.

Do not miss the concert of the"Bluegrass golden boy" at the Red Rocks Amphitheater in Morrison, Colorado, on Thursday, May 11, 2023.