Hop on the tour bus and join the Blues Traveler as they hit the road for their 2021 concert tour. This rock improv – jam band is headed for the Red Rocks Amphitheater on Sunday 4th July 2021. Immerse in their blues-rock, psychedelic rock, folk-rock, soul, and Southern rock sound that will make one of the most unforgettable jam sessions you'll ever experience in a lifetime. Go from lockdown to rock down! So save the date and lock in those tickets now! 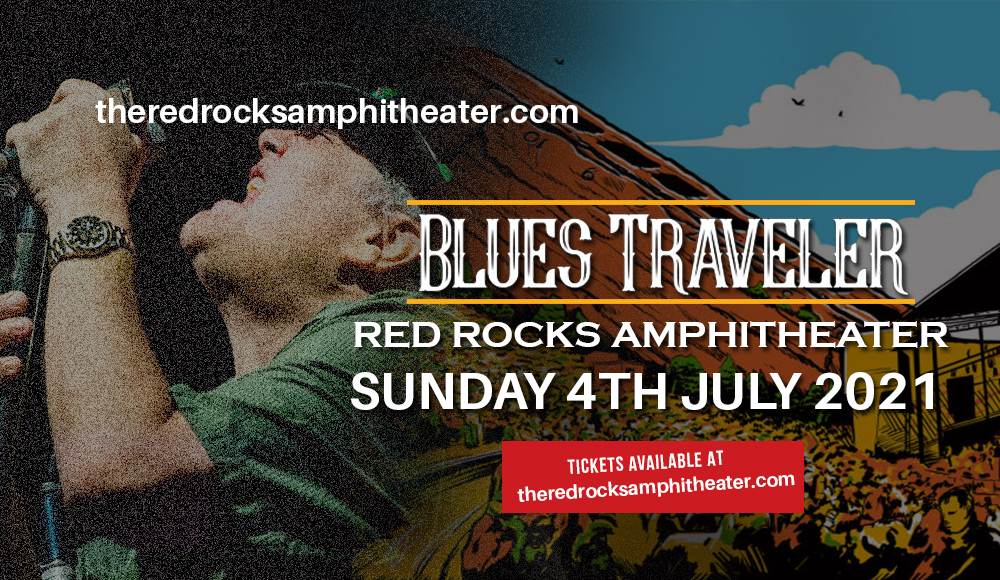 From house basement to garage to concert halls and stadiums. There's still no stopping the Blues Traveler from holding jam sessions wherever venue they perform or for whatever music era they're in. Formed in Princeton, New Jersey in 1987, their sticky blend of blues-rock, psychedelic rock, folk-rock, soul, and Southern rock, were one of the building blocks of the so-called jam band scene of the 90s, and eventually spearheading the H.O.R.D.E. touring music festival.

"We started this whole adventure as a team," says resident drummer Brendan Hill. "We've taken every step of this as a group together, from the basement to moving to New York, getting signed, hiring a manager, to achieving all our goals."

Indeed, Blues Traveler has travelled far and wide and created tracks and leaving musical imprints with their fans as they churned out Top 40 singles such as "Run-Around", "Hook", and "But Anyway". In addition to that, the Blues Traveler got their first Grammy nomination in 1996 for Best Rock Performance by A Duo Or Group with Vocal category for "Run-Around."

Now 2021, Blues Traveler are still hitting the gas and speeding up to concert venues and drawing crowds from all ages and generations of music fans.
"I'm a firm believer that rock and roll keeps you young," adds guitarist, co-founding member Chan Kinchla. "Because I don't feel any different than I did when we started, even though I've got a wife, two kids and all kind of life in between. "

Legendary frontman John Popper adds. "We've really got nothing but love from our audience. If something has quality, it's constantly reconsidered through the ages. And that's what we're doing this for… posterity. We've never been 25 before, so having this kind of retrospective, as songwriters, it's an opportunity for long forgotten songs get their day in court."

With concert fans excited to experience live music, the Blues Traveler at Red Rocks Amphitheater will definitely be a hot ticket! Get your hands on it now!