Its all-things Grateful Dead here at Red Rocks, the gig you have been waiting over a year for is finally here! Bob Weir and Wolf Bros are excited to confirm their second night at Colorado’s iconic Red Rocks Amphitheatre, on Wednesday, June 9th 2021. Bob Weir and the Wolf Bros will be joined by Jeff Chimenti and Greg Leisz with special guests The Wolfpack. Bob Weir and The Wolf Bros will be playing your favorite Grateful Dead tracks as well as covering others. Grab your tickets right now to the best show above ground! 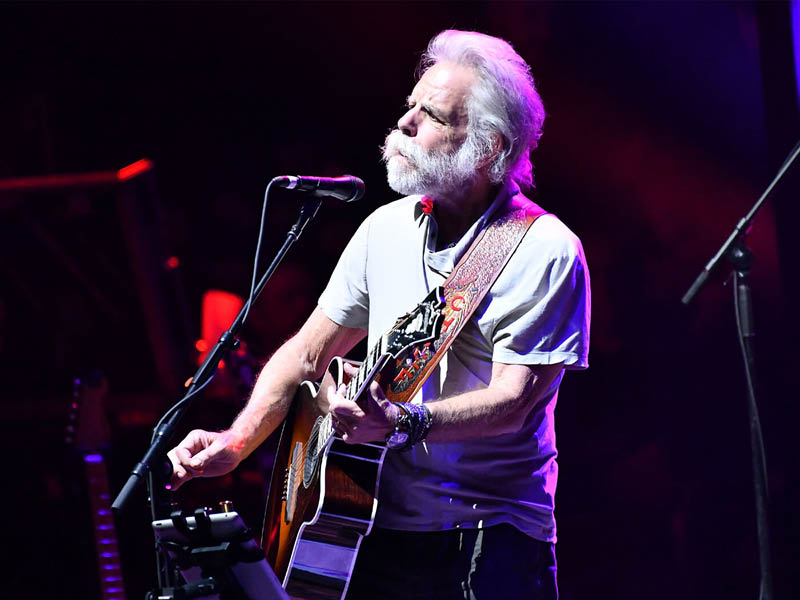 Bob Weir and Wolf Bros are Bob Weir on guitar and vocals, Don Was on upright bass, and Jay Lane on drums, The Wolf Bros perform songs of the Grateful Dead and others.
Grammy Lifetime Achievement Award winner Robert Hall Weir is an American musician and songwriter best known as a founding member of the rock band Grateful Dead, Weir has become one of rock’s finest and most distinctive rhythm guitarists and has been playing phenomenally for the last six decades! He has also been a member of Kingfish, Bobby and the Midnites, RatDog, The Other Ones, The Dead, Furthur, and Dead & Company. Weir released Blue Mountain in 2016, his first album of solo material in more than 10 years and his first album of entirely original material in more than 30 years.
Four-time Grammy Award-winning Don Was founded the ‘80s funk-rock band, Was (Not Was), known for hits such as “Walk The Dinosaur” and “Spy In The House Of Love.” He has Grammy Awards for his production work in each of the past three decades, including Best Album honors for work with The Rolling Stones and Bonnie Raitt. Production credits include The Rolling Stones, Willie Nelson, Roy Orbison, Gregg Allman, John Mayer, and Neil Young, to name a few.
Jay Lane is a founding member of Furthur, Bob Weir's RatDog, Scaring the Children with Weir and Rob Wasserman, Jay's Happy Sunshine Burger Joint, and the hip hop/jazz fusion band Alphabet Soup. He was also one of the first drummers of Primus. More recently, Lane has performed with a collection of artists including Phil Lesh and Friends.