Kentucky-based alternative rockers, Cage The Elephant and Portugal. The Man are coming to Red Rocks Amphitheater on Monday 1st June 2015!
Cage the Elephant formed in 2006, quickly earning a reputation for its raucous live shows and triumphant festival appearances, complete with stage diving and crowd surfing. Their sound is often described as funky, soulfully psychedelic with alternative rock. The live energy this band creates is electric, don't miss this amazing show! 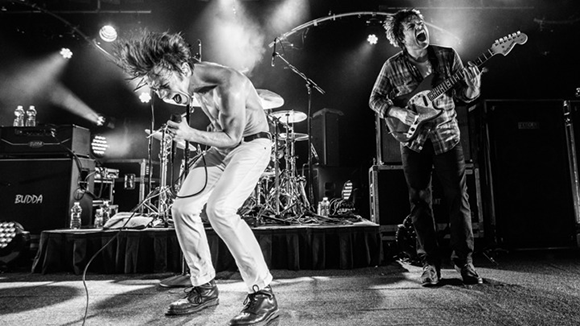 Cage the Elephant is an American rock band from Bowling Green, Kentucky, that formed in 2006. The band’s first album, Cage the Elephant, was released in 2008 to much success, spawning several successful radio singles and gained the band a large following in both the United States and the United Kingdom. Cage the Elephant are known for high octane live performances and for possessing an eclectic sound. The band’s first album is influenced by classic rock, funk, and blues music. However, the band’s sophomore album, Thank You, Happy Birthday, displayed heavy influence by punk rock and bands such as the Pixies. Their breakthrough single was Ain’t No Rest for the Wicked, which peaked at #83 on the Billboard Hot 100, #32 on the UK Singles Chart and #3 on the Billboard Alternative Songs chart. This song was also featured as the intro song for the 2009 video game “Borderlands.

Portugal. The Man is an experimental indie rock four-piece centered on frontman John Baldwin Gourley’s abstract musical approach and corresponding upbringing. Their New Album has been Produced by Danger Mouse and is Out Now!