Trumpets and violins sound better together in the hands of jazz trumpeter Chris Botti and violinist Joshua Bell. These virtuousos promise nothing but a beautifully enchanting evening as they deliver music that seamlessly cover the depth and breadth of classical, rhythm & blues and jazz. Truly a double-headliner show that will leave you spell bound and wanting to hear more. A true music lover ought to feed his soul with shows such as this, even for once in his lifetime. Buying a ticket to this bucket-list-worthy event is a priceless experience. 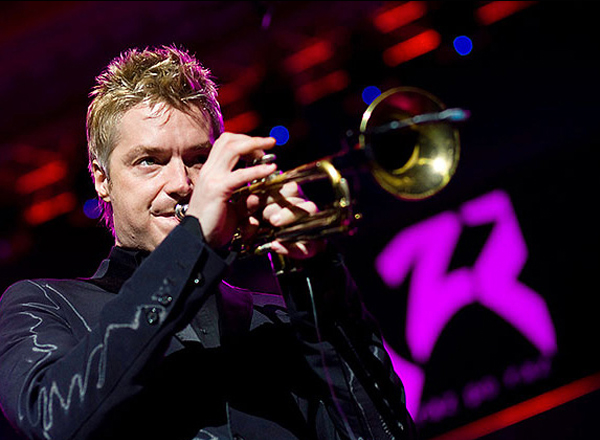 People magazine called him as one of the 50 Most Beatiful People of 2004. Indeed, Chris Botti is a highly decorated musician-trumpeter, whose career is decked with awards and accolades. In 2013, he bagged the Grammy Award for Best Pop Instrumental Album, as well as 2008 nominations for his album 'Italia' and received three nominations for Chris Botti in Boston live album. He reached the number one position at the Billboard jazz album charts four times. The New York Times describes his music as "…a trumpet sound that suggests the softer side of luminosity, the realm of sunsets and half-moons and low-wattage incandescence. Mellow and pearly, it emits an unabashed beauty…”.

Joshua Bell is touted as “the poet of the violin”; while the Boston Herald names him as “the greatest American violinist active today”. He started recording at the age of 18, and has released more than 40 albums to date. His music has been part of various movie soundtracks, including the Oscar Winning score for 'The Red Violin'. In 2014, he topped the Billboard Classical Chart with the Bach album (recorded with the Academy of St Martin in the Fields).