Ladies and gentlemen, prepare yourselves because on Thursday 2nd June, Red Rocks Amphitheatre is gonna get funky!!! If you wanna get down to some '80s-tinged electro funk, then make sure you catch Chromeo, Jamie xx and Four Tet at the famed venue for a night of sexy hot bass lines and banging beats! This is Chromeo's Third Annual Funk On The Rocks and it's going to be fresh as funk! 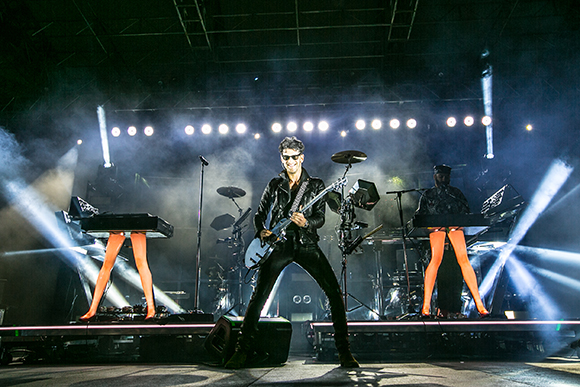 Jamie xx (born Jamie Smith) is an English producer, remix artist and DJ who is known both as a solo act and as a member of the Mercury Music Prize-winning London-based band The xx. He first used the stage name Jamie xx in July 2009 in a mixtape which he compiled himself to promote The xx's debut album. He has since remixed artists such as Florence + The Machine, Adele, Jack Peñate and Glasser. His debut solo album In Colour was released in June 2015 and landed a 2016 Grammy Award nomination in the Best Electronic/Dance Album category.