Multi-platinum singer-songwriter, David Gray and Billboard chart topper Amos Lee have teamed up for an exciting co-headlining tour this summer! The two talented troubadours will be thrilling fans in nearly twenty cities across North America and will be stopping in at Red Rocks Amphitheater on Wednesday 1st July, for an evening of intimate, heartfelt music. 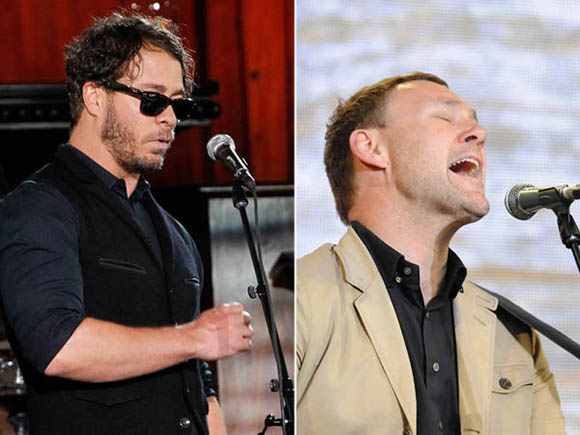 British indie rock singer songwriter David Gray started his musical career with two acoustic folk rock albums released in the early 1990s. Despite achieving popularity with fans of the genre, more widespread popularity didn't come for Gray until the release of 1996's Sell Sell Sell. This third album utilized not only his folk-tinged acoustic balladry, but also saw the incorporation of elements of alternative rock and electronics that built to make his signature sound, although the album did not chart. His fourth album, White Ladder, received critical acclaim across the board, spawning four top 20 singles. This was the first of three UK chart-topping albums in six years for Gray, two of which also made the Top 17 in the US. In June 2014, Mutineer was released – Gray's 10th studio album and his first in four years. 2015 saw a re-recording of a Mutineer track, “Snow in Vegas”, as a collaboration with renowned country singer LeAnn Rimes.